More
GreekReporter.com Canada Michaelle Jean: In Favor of the Return of Parthenon Marbles

Michaelle Jean: In Favor of the Return of Parthenon Marbles 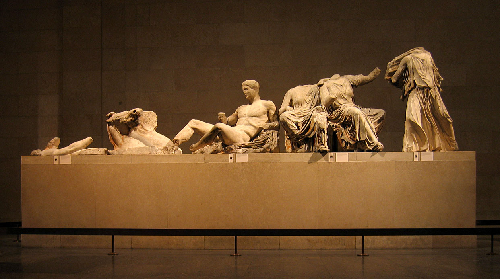 Former Governor General of Canada Michaelle Jean is in favor of the return of the Parthenon Marbles.

A very positive step for the promotion of Greek issues through the international organization of Francophonie happened οn Monday during the working lunch at the Acropolis Museum. The Minister of Culture and Sport, Panos Panagiotopoulos, with the former Governor General of Canada Michaelle Jean, who was in Athens to deliver a lecture on “Multiculturalism, Cultural Dialogue and Social Change.”

The former Governor General of Canada reaffirmed its position in favor of the return of the Parthenon Marbles to Greece. She also expressed her interest to work with the Greek side on Francophonie, of which she is a prominent member. It is even reported that next year at the International Conference in Dakar, she will be prevalent in the position of General Secretary.

As Francophonie has great impact in our country, contacts and good relationships with Mrs Jean already marks an opportunity about the request of the return of the Parthenon Marbles and issues of contemporary Greek culture.

Michaelle Jean who will be welcomed by the President of Greece, Karolos Papoulias, has been named by Unesco as Special Delegate for Haiti; president of the University of Ottawa; president of the Institute of Advanced International Studies at Laval University, and board member of the Toronto Luminato Festival.

Nikos Tzellos, a young musician from Rhodes, has made it his mission to revive the folk music of his island for the modern era.
Read more
Diplomacy

Turkish President Recep Tayyip Erdogan referred to the Aegean Sea by the name “Sea of Islands”, as he continued his provocative rhetoric against Greece.
Read more
Politics

the QAnon phenomenon cleverly exploits some of the most basic elements of human nature, including our drive to find patterns in the world
Read more
Diplomacy

Greece protested to Turkey on Thursday over the country's announced plans for an hydrographic survey in the center of the Aegean.
Read more
Greek News

Opposition parties in Greece launched an all-out attack against the government over its handling of the chaos following the snowstorm that hit the country.
Read more
Canada

Greek-Canadian Billionaire, Owner of the Silverdome, Passes Away at 69

Andy Apostolopoulos, the Greek-Canadian business magnate who was the owner of the Silverdome in Michigan passed away on Monday at the age of 69. The...
Read more
Greek News