GRNews
GreekReporter.comGreeceMaria Will Live With a Foster Family in Bulgaria

Maria Will Live With a Foster Family in Bulgaria 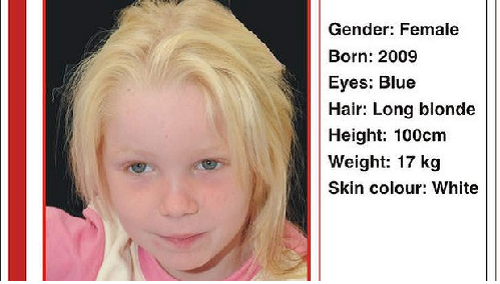 According to new sources, Maria the blond girl found in a Roma camp in central Greece whose birth parents are from a Bulgarian Roma village, will be cared for by a foster family in Bulgaria. The international mystery about Maria ended when the DNA tests showed that a couple from Bulgaria are her biological parents. Her mother, Saska Ruseva, said she wanted her child back, although that seems unlikely to happen.
The little girl will be cared for by a foster family, and the Agency for Social Assistance announced that it will also take action to care for the other underage children of the couple. The agency also said that her parents and their nine children have been living in poverty in a one-room mud brick house in the village of Nikolaevo, in central Bulgaria. The children will be temporarily placed in the families of relatives and foster care. The social workers will support the contact between the children and their parents on a daily basis.
Furthermore, according to sources the couple had abandoned another child some years ago who now lives with a family in another Bulgarian city. The Bulgarian Roma family is being investigated on accusation of illegal adoption. At the same time the Greek Roma couple in custody are being charged with kidnapping.