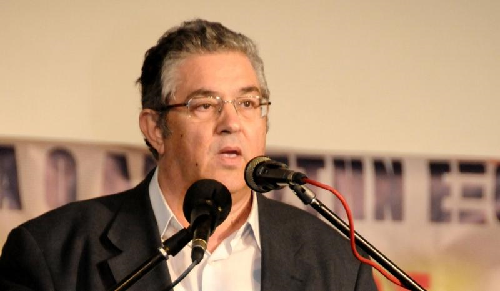 KKE, Greece’s Communist Party, is in favor of giving the Greeks of Diaspora the possibility to vote, but it’s under certain conditions.

This, among others, was the statement of Dimitris Koutsoumpas, the General Secretary of the Communist Party of Greece in the press release he gave to the 3ΧΥ Radio Hellas of Melbourne, Australia.

“We will not be negative towards the possibility, that among the 300 members of the Greek Parliament, will be some representing the Greeks who live abroad. These people will be elected by the Greek Diaspora and their number could be three to five representatives, who will be elected in one electoral region; this will be considered by the all the countries with Greek immigrants abroad. This is a realistic and rational proposal, because it could ensure the integrity of the process, as the elections will take place in embassies and consulates of Greece in the foreign countries,” Koutsoumpas stated.