TechNews
GreekReporter.com Europe Archpriest Requests for Hagia Sophia to Open as a Mosque

Archpriest Requests for Hagia Sophia to Open as a Mosque 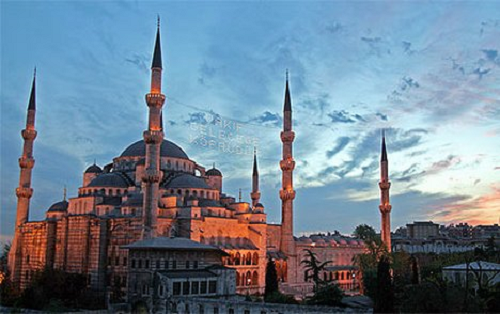 The archpriest of Sultan Ahmed Mosque (popularly known as the Blue Mosque) in Istanbul, Turkey, asked the Turkish government to allow Hagia Sophia to operate as a mosque during Islamic holidays.

The building of Hagia Sophia was a mosque from the 29th of May 1453 until 1931. It was then secularized and opened as a museum on the 1st of February 1935. Up until today, Hagia Sophia is open as a museum.

The archpriest’s speech has provoked intense reactions and concern for the Turkish public, who consider this as a shift away from the secular character of the modern Turkish state.

Greek PM Kyriakos Mitsotakis stated on Wednesday that the country's national lockdown will continue due to a sharp increase in cases.
Food

Feta, Greece's most famous cheese, has become viral world-wide thanks to a food blogger who recently created an easy and tasty recipe of feta with pasta.
Diaspora