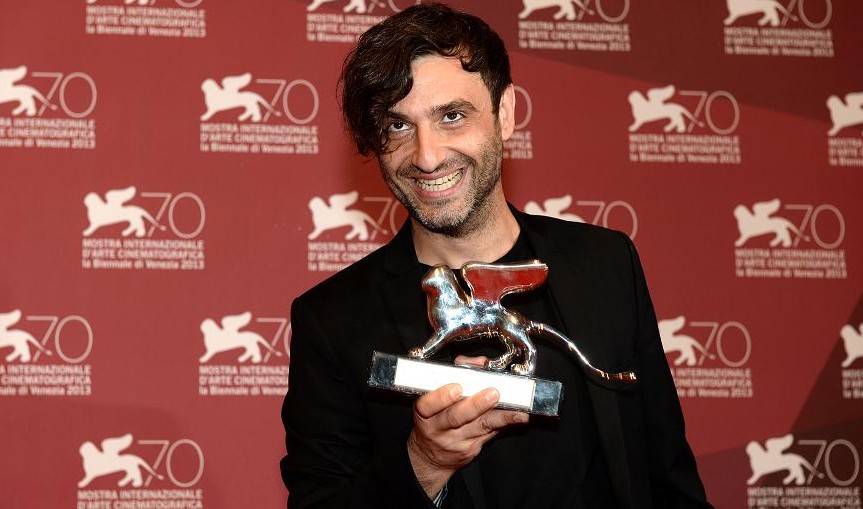 Born in Larissa, Greece, Alexandros Avranas made his way to Berlin, Germany to study Fine Arts at the Universität der Künste. He soon began making art through filmmaking, releasing his debut feature, “Without,” in 2008. The film, about a family’s hardships with trying to adapt in a difficult corporate world, won a total of seven awards at the 2008 Thessaloniki Film Festival, including the Greek Competition Award and Most Promising Filmmaker Award. Unfortunately, “Without” never had the chance to screen in Greek theaters outside of the Festival, but was a stepping stone for the talented director to become a recognized name in the industry, and it ultimately led him to his latest project.

Avranas’ second feature, “Miss Violence,” made big waves at this year’s Venice Film Festival. The film, a shocking story about an 11-year-old girl who commits suicide on her birthday, won the Silver Lion Best Director Award as well as the Volpi Cup Best Actor award for one of its stars, Themis Panou. It’s the latest in a series of Greek films (Lanthimos’ “Dogtooth,” Tsangari’s “Attenberg”) to put a spotlight on the country’s cinema, which has been garnering much attention on the festival circuit, most notably in the last few years.

Greek Reporter recently spoke with Avranas about all the positive reviews surrounding “Miss Violence,” as well as his take on the Greek financial crisis and its affect on filmmaking.

How did you come up with the story for your film, “Miss Violence”?

In the year of 2002, I was living in Berlin and heard about the story of an 11-year-old girl who had committed suicide. I was shocked beyond measure and I simply couldn’t imagine any reason why such a young kid would take her own life away. I guess ‘Miss Violence’ is my way to try to understand such a tragedy.

What do you hope people will take away from seeing the film?

I hope that my audience will feel more responsible for their lives and for the lives of the people living around them. We read and hear about these kinds of events and tragedies everyday, it’s horrible … but until it happens to people you know, or to a neighbor for example, people sometimes don’t care enough although we all need to pay more attention and take care of our society.

Is “Miss Violence” in theaters yet?

For now, the film just launched in Venice and started screening in the festival circuit. Next month, the film will be released in Italy and in Greece, and later in 2014 we’re preparing a release in the UK and in other countries.

Were you expecting it to be so well received at the Venice Film Festival, having won the Silver Lion and Volpi Cup awards?

Every film director dreams of this kind of recognition, but I wasn’t expecting it!

How did it feel to win the Best Director award at the Festival, especially after your last film, “Without,” was crippled by the Greek film system and never had the chance to screen in theaters?

I am proud of my first film ‘Without,’ but in a way it’s old news to me, and I always want to look forward, not backwards. I feel very honored to have received a prize that in the past was given to directors I respect a lot. It makes me feel good about my work, about people’s appreciation of it, and I guess it gives me the strength to continue!

Do you think Greece does enough to support filmmakers?

The situation in Greece is very difficult, but I have the feeling sometimes that because Greek filmmakers don’t have that much support from the government or from local subsidies, they are more independent, therefore more free to express their ideas and make better films.

Why do you think, in the middle of a crisis, Greek cinema is doing so well?

Because they have the need to speak about things that are problematic in our society, because Greek cinema deals with important issues, things that need to be changed.

How did you initially get into filmmaking?

I always wanted to be a storyteller. I started studying Fine Arts, but that wasn’t enough for me.

What’s next for you?

Who knows?! Life is full of opportunities, and I’m full of ideas!

Any plans to work in Hollywood?

If the right Hollywood project comes along, why not?! But it’s not so much about Hollywood itself; what I care about is working with people who share the same kind of motivations and inspirations that I do. Since ‘Miss Violence,’ I’ve been approached by many agents, including a few agents in the UK and in Los Angeles, who have sensibilities for filmmaking that are very close to mine, so I’m looking forward to seeing where everything goes from now.