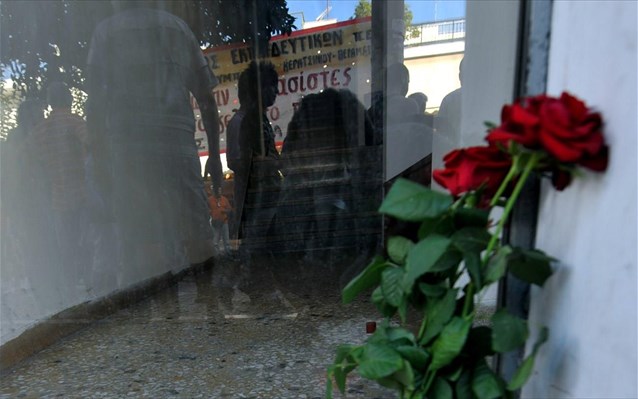 Amnesty International published an announcement concerning the increased instances of violence in Greece, after the murder of the anti-fascist hip-hop artist, Pavlos Fyssas, by Giorgos Roupakias, a supporter of the neo-Nazi political party, Golden Dawn.

The announcement is entitled “Greece: Prevent further extremist violence after activist stabbed to death,” and appeared on September 18 on the  Amnesty International official website.
“The Greek authorities must do everything in their power to prevent further politically motivated violence after a far-right supporter killed a musician and anti-fascist activist in the capital Athens this morning,” Amnesty International said.
“Politically motivated violence of this kind is unacceptable anywhere, and history has shown the grim consequences if it goes unchecked. The Greek authorities must send a clear message that attacks like this will not be tolerated, and the individual or individuals responsible must be brought to justice,” as Jezerca Tigani, Deputy Europe and Central Asia Program Director at Amnesty International stated.
“Amnesty International has repeatedly expressed concerns over how intolerance and violence have been on the rise in recent years – manifesting themselves in public acts of xenophobia and racism, which have been met with a weak response by the authorities,” the announcement mentioned.
“The Greek authorities must stem this dangerous tide before it leads to further human rights abuses, which pose a serious threat to individuals’ safety and ability to exercise their right to freedom of expression. People must be able to express their political beliefs without fear of physical violence,” according to Amnesty International.
“This surge in xenophobia, intolerance and politically motivated attacks in Greece is truly chilling – the authorities must act now to prevent such violence from spreading before it gets out of hand,” Jezerca Tigani said.