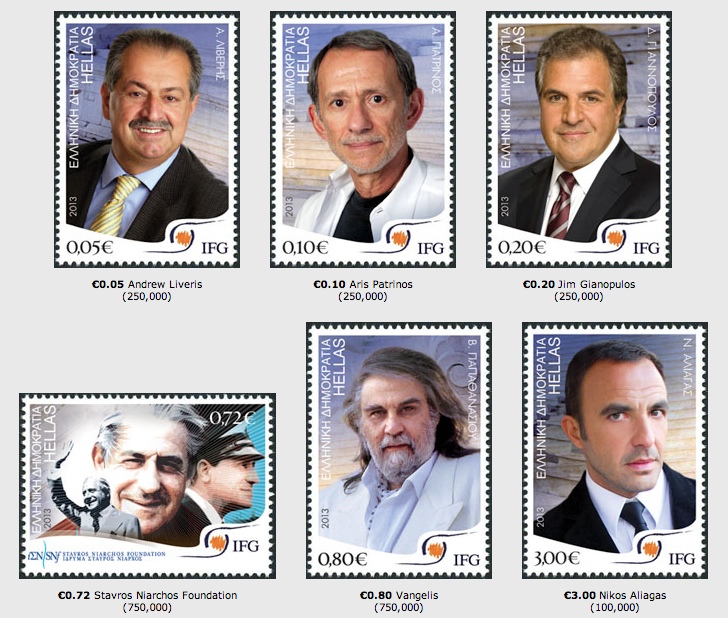 The International Foundation for Greece honored six distinguished living personalities of the Greek Diaspora at the Acropolis Museum on September 16, in the presence of the Greek Prime Minister, Antonis Samaras.

In this framework, the Hellenic Post presented at the Museum’s amphitheater the Commemorative Stamp Set, entitled Distinguished Greek Personalities, which includes six stamps.
The composer Vangelis Papathanasiou, the Professor of Mechanical and Biomolecular Engineering and researcher of biology, Dr. Aristides A.N. Patrinos, the President, Chairman and CEO of The Dow Chemical Company, Andrew N. Liveris, the Chairman of the Board and President of the 20th Century Fox Films, Jim N. Gianopoulos, the journalist and TV presenter, Nikos Aliagas and the Stavros Niarchos Foundation consist the six themes that will be illustrated on the new stamps.
The International Foundation for Greece was founded aiming at creating an international support network of groups of the population, who are facing serious problems in these difficult times for the country.
The stamps were designed by Anthoula Lygka and were released on September 16, while they will be available in post offices until September 15, 2014, unless they are sold out earlier. Full sets will be available in post offices and the Central Philatelic Store until their withdrawal if they are not sold out earlier.
Watch a video with Nikos Aliagas’ speech at the event: