Most Greek Aid Back To Lenders 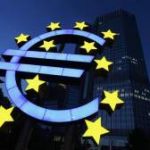 Greece will use more than half of an incoming loan installment of 4 billion euros ($5.27 billion) from the Eurozone to give back to investors and banks who hold Greek bonds instead of using it for social services, in effect taking loans to pay back other loans.
The maturing bonds are held by the European Central Bank and national central banks who make a profit out of Greece’s crushing economic crisis. The government also has to earmark all necessary tax revenues to pay back the investors first before spending on programs.
The funds are due to be paid into a special account at the Bank of Greece next week but 2.26 billion euros ($2.98 billion) will be set aside by the Troika of the European Union-International Monetary Fund-European Central Bank (EU-IMF-ECB) for payment of existing debt that matures on August 20, the Greek financial newspaper Naftemporiki reported.
The nominal value of bonds held by the ECB is 1.9 billion euros ($2.5 billion,) while interest paid to the bank is 76 million euros ($100.25 million.) Eurozone central banks hold 268 million euros ($353.58 million) worth of Greek paper and another 10.7 million euros ($14.11 million) is due in interest.
The bonds were not restructured as part of last year’s Private Sector Involvement (PSI) in which Greece imposed 74 percent losses on other investors, including those in the Diaspora, and have an interest rate of 4 percent. The ECB said it would not allow Greece to write down debt on the bank’s holdings in Greek debt.