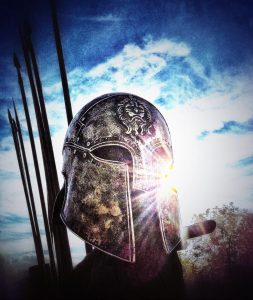 Dwayne Johnson seems to be getting quite comfortable in his role for Brett Ratner’s upcoming epic, “Hercules: The Thracian Wars.”

Since filming began in Budapest, Hungary, Johnson has been posting updates via Twitter with photos from the set. On the first day of shooting, he teased what he will look like as the Greek god with a black & white photo as he sat in the make-up chair.

In what appears to be preparation for a battle scene, he revealed a photo of himself today wearing a helmet as the sun shined brightly behind him, with the quote: “Become the man you were born to be. ~Hercules.” 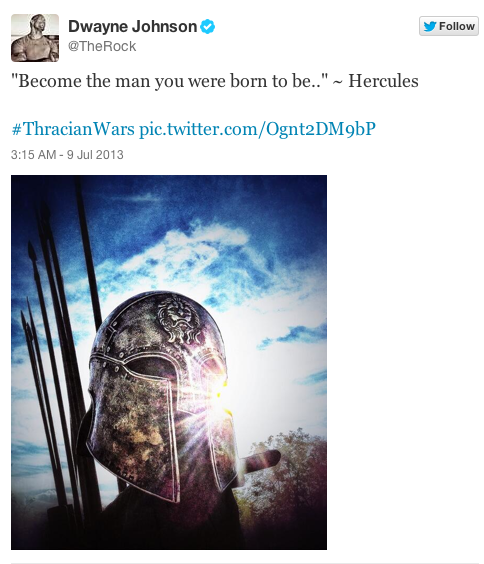 “Thracian Wars” follows Hercules as he travels ancient Greece with five faithful companions, selling his services for gold and using his legendary reputation to intimidate enemies. When the benevolent ruler of Thrace and his daughter seek Hercules’ help to defeat a savage and terrifying warlord, Hercules finds that in order for good to triumph and justice to prevail, he must again become the hero he once was.

The film is scheduled to hit theaters next summer on July 25.