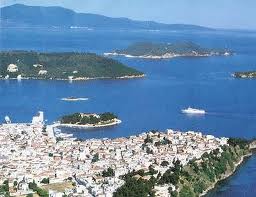 e Greek island of Skiathos, located in the northwest Aegean Sea, attracts Russian investors. According to sources, investors from Russia visited Skiathos in May, discreetly seeking vast tracts of land.

The investors in question visited Skiathos on a private jet to have a closer look at land or property for sale, offered for business activity, while they are expected to visit Skiathos again during the summer season.

Meanwhile, Russians have been arriving at the island’s airports, and it is estimated that a new important prospect for Skiathos’ economy is on the horizon given that businessmen of great financial standing are interested in investments on the island.

A store selling fur opened for the first time on Skiathos by a businessman from Kastoria, because of Russians coming to the island.

The professionals on the island have great expectations concerning the Russian market, while intense interest is expressed by the French, as well as the Italians, who are chiefly interested in buying villas on coastal areas.

Skiathos is a small picturesque island of 50 km2 located in the Aegean Sea. There are over 60 sandy beaches, including the highly acclaimed Koukounaries Beach, along 40 km of coastline. Inland there are forests abound with pine trees located in the southwestern and northern regions.

The island can offer its visitors natural beauty with stunning views of neighboring islands, secluded beaches even during the high season, and superb Greek and international cuisine.