Austria’s Tribute to Tourism in Greece 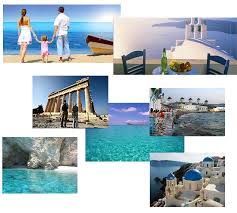 The tribute begins, “Greece comes back as a favorite holiday destination and no wonder why, as the crystal clear sea, the sun and the magnificent landscapes are only a two-hour-flight away”. Then the article refers to the growing trend in Austria for holidays in Greece, as this year Greece ranks first in the Austrians’ preferences for vacations.

According to statistical data presented in the article, the travel agencies say that reservations from Austria rose by 40 percent compared to last year. The Association of Greek Tourism Enterprises mentions that in 2013 more than 17 million tourists will visit Greece, in comparison with 15.5 million visitors that visited Greece last year.

According to Der Standard, Greece remains a top destination for Austrians because it is only two hours away, but also because it is a very beautiful country which can satisfy every taste, mountain or sea, adventure or culture, Greece has it all.

Moreover, the article refers to particular Greek islands such as Mykonos and Ios, but also to Corfu which has ties with Austria from the Empress Elisabeth of Austria who lived on Corfu. Der Standard finally suggests a visit to Athens, to the National Archaeological Museum, to the Acropolis, as well as to the National Mint and the Jewish Synagogue.