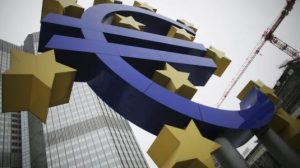 Antonio Tajani, Vice-President of the European Commission, traveled to Greece on March 11, to take part in an event for small and medium companies SMEs, to promote international partnership. Along with him, representatives of European SME traveled to meet their Greek counterparts and discuss possible initiatives.

During his visit, Tajani referred to the reforms undertaken by Greece the last three years and  congratulated Greece on driving wages down. In his own words, high wages were what caused sky rocketing unemployment, and not the austerity reforms which dried the market from cash and made it impossible for the vast majority of people to buy anything else than the absolutely necessary. He also mentioned that Greece performed well last year in the “doing business” index, an index which shows how easily a company can start, how easily it can find funding etc.

Tajani also mentioned new initiatives taken by international businesses, like HP and Cosco who want to create a joint initiative for HP products transferred through the port of Piraeus. He also referred to an international research institute which recently opened in Athens and along with his fellowship of 138 European businessmen had the chance to talk with Green entrepreneurs about possible partnerships.