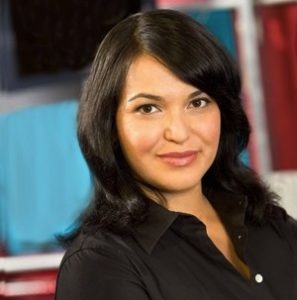 Theano Apostolou was promoted today to Executive Vice President, Communications for Starz. Based in Los Angeles, the Greek-American PR executive is responsible for the network’s overall communications strategies, programming publicity and external affairs. She will remain as the chief press officer and spokesperson for the company. The announcement was made by Chris Albrecht, Chief Executive Officer for Starz, to whom Apostolou will report.

“Theano has played an integral role in accelerating the Starz brand as we solidify ourselves as an independent, publicly traded, global entertainment company,” said Albrecht.

“I am thrilled to announce this well-deserved promotion, as Theano’s strategic communications expertise and her passionate commitment to our success will continue to guide our senior management team at Starz to an unprecedented future.”

In her role, Apostolou will have direct oversight of thedevelopment and execution of all programming and media relations initiatives for Starz. In addition to overseeing program publicity, talent relations, special events, and awards campaigns, Apostolou will continue to spearhead all press outreach and relations that pertain to corporate and industry issues.

During her career at AMC Networks, Apostolou served in various executive roles. In addition to AMC, she oversaw public relations at both the WE tv and Fuse networks. The innovative and ground-breaking publicity initiatives implemented by Apostolou during her tenure played a central role in shaping original series such as “Mad Men,” “Breaking Bad,” and “The Walking Dead” into the cultural phenomenon they are today. She also spearheaded the award campaigns for AMC’s original series, resulting in 23 Emmys®, four Golden Globes® and multiple other award recognition. Apostolou contributed to AMC’s tremendous ratings growth and successful transformation into a destination for premium-quality programming.

Apostolou holds a bachelor’s degree in business from the American University in Athens, Greece and also studied art history at Rutgers College.