The Armenians: Unsung Supporters of Hellenism

“The Armenians are our brothers,” said Constantine Parthenis my Modern Greek instructor at St. Demetrios Greek American School in the 1950’s Astoria, New York. Dr. Emory, a medieval historian at Queens College, explained in a 1969 undergraduate class that “the Armenians are not recognized significantly in the Byzantine Empire.” Throughout the years of research and readings of the former Greek Orthodox Archdiocese of North and South America and current Greek Orthodox Archdiocese of America, the Armenian contribution to Hellenism hasn’t been fully explored.

The late Very Rev. Demetrios Frangos, an immigrant from Imvros (Gökçeada), said to my parents, his parishioners from St. Demetrios Church of Astoria, that the Byzantine Empire was multi-cultural. “The United States encompasses persons of many nationalities and races. All are united under the constitution of America and the universal English language,” he explained. “It’s forerunner was the Byzantine Empire,” he said. “Persons of many nationalities and races were united under the Greek language, civilization and Orthodox faith.”

Peter Charanis of Rutgers University said “the important role played in the history of Byzantium by that talented minority, the Armenians, has been generally unrecognized.” He added that, “The People of Ar” website (states that “due to centuries of foreign domination, much of Armenian history has been neglected … the influence Armenians had on the Byzantine Empire has been swept under the rug by the Ottomans and later the Soviets. Armenia was only in part a vessel of Byzantium. Many Armenians became successful in the Byzantine Empire. From bishops, architects, important military figures and even Emperors, Armenians were represented in all walks of Byzantine life. In fact, one out of five byzantine emperors and empresses were ethnically full or in part Armenian.”

Byzantine Armenia describes the Armenian part of the Empire, depending on the degree of control the Byzantines had over Armenia. “Armenians became successful in the Byzantine Empire. About ten Byzantine emperors were either ethnically Armenian, half Armenian of possibly Armenians, although culturally Greek. The best example of this is Emperor Heraclius, whose father was Armenian and mother Cappadocian. Emperor Heraclius began the Heraclean dynasty (610-717 A.D.). The Akathistos Hymn sung during Orthodox Lent commemorates his victory and saving of Constantinople with the help of Our Lady, Virgin Mary.

Basil 1 is another example of an Armenian beginning a dynasty. The greatness of his descendant, Basil II, the Bulgar Slayer, has been immortalized in every generation that learns Modern Greek history.  Basil became one of the strongest Byzantine emperors, winning territory in the Balkans, Mesopotamia, Armenia, and Georgia.  He was noted for his victory (1014) in the war with Bulgaria, which ended with his blinding all the soldiers in the defeated Bulgarian army. He increased his domestic authority by attacking the landed interests of the military aristocracy and of the church.

The article Armenia, Byzantium, and the Byzantine Armenians wrote that “Another example of the impact of Armenians within the Byzantine Empire is the Great Church known as Hagia Sophia. As  Rummel explains, “After the great earthquake of October 25, A.D. 989, which ruined the great dome of Hagia Sophia, the Byzantine emperor Basil II asked for the Armenian architect Trdat (or Tiridates), creator of the great churches of Ani and Agine, to repair the dome. The magnitude of the destruction in the church caused reconstruction to last six years. The church was re-opened on May 13, 994.  The magnificent reconstructed dome designed by Trdat in the 10th-Century remains aloft.

The Peter Charanis scholarship is used as the basis of this article. He was a Greek-American Byzantine scholar, an immigrant from Lemnos, Greece. He was the Voorhees Professor of History at Rutgers and was long associated with the prestigious Dumarton Oaks research library.  He said he believes “These people (Armenians) appear, of course, thoroughly Hellenized. Indeed it would be preposterous to call Photios (a patriarch) anything but a Greek. Yet it may be asked whether their Hellenization was not unaffected by their original background, whether in being absorbed they did not modify the culture which absorbed them.”

“This prominence of the Armenian element in the forces of Byzantium along the eastern frontiers was no doubt the basis of the observation of the modern scholar which we have tried to analyze above that the Armenian (i.e., of Armenian origin) and the Armenian-speaking element must have been predominant in the Byzantine army from the ninth century to the Crusades. …… The role of the Armenians in the political and military life of the Byzantine Empire, in the late ninth, tenth, and eleventh centuries appears still more impressive when one examines the leadership which guided the empire during this period. For virtually every major figure in that leadership was of Armenian origin.

There is the dynasty, the most brilliant in the history of the empire. The imperial house which ruled the state throughout this period is known as the Macedonian dynasty, but the term Macedonian as used here has no ethnic connotations. It refers rather to the place of the birth of Basil I, the founder of the dynasty. Basil was an Armenian, born in Macedonia where numerous Armenians had been settled ….. that Basil I, the founder of the most brilliant dynasty of the Byzantine Empire, was indeed Armenian and Armenian on both sides, can be regarded as a fact.

… Thus, every emperor who sat on the Byzantine throne from the accession of Basil I to the death of Basil II (867–1025) was of Armenian or partially Armenian origin. But besides the emperors there were many [40] others among the military and political leaders of Byzantium during this period who were Armenians or of Armenian descent. Included among these were some of the ablest military commanders and administrative functionaries in the history of Byzantium. Some of these commanders and officials belonged to families of Armenian origin long established in the empire; others were new arrivals.

For something like 500 years, Armenians played an important role in the political, military and administrative life of the Byzantine Empire. They served as soldiers and officers, as administrators and emperors. In the early part of this period during the seventh and eighth centuries, when the empire was fighting for its very existence, they contributed greatly in turning back its enemies. But particularly great was their role in the ninth and tenth centuries when as soldiers and officers, administrators and emperors they dominated the social, military and political life of the empire and were largely responsible for its greatness.

So dominant indeed was their role during this period that one may refer to the Byzantine empire of these two centuries as Graeco-Armenian; Graeco, because as always, its civilization was Greek, ‘Armenian’, because the element which directed its destinies and provided the greater part of the forces for its defense was largely Armenian or of Armenian origin. It was a role, moreover, of worldwide historical significance for it was during this period that the empire achieved its greatest success, when its armies triumphed everywhere, its missionaries spread the gospel and with it civilization among the southeastern Slavs, and its scholars resurrected Greek antiquity, thus making possible the preservation of its literature. Herein lies perhaps the most important part of the legacy of the Armenians to civilization.

The Armenians in Byzantium who furnished it with its leadership were thoroughly integrated into its political and military life, identified themselves with its interest and adopted the principal features of its culture. In brief, like many other elements of different racial origins, as, for instance, Saracens, Slavs and Turks, who had a similar experience, they became Byzantines.” The meaning of the phrase “the Armenians are our brothers,” is more alive today through sources on the internet. 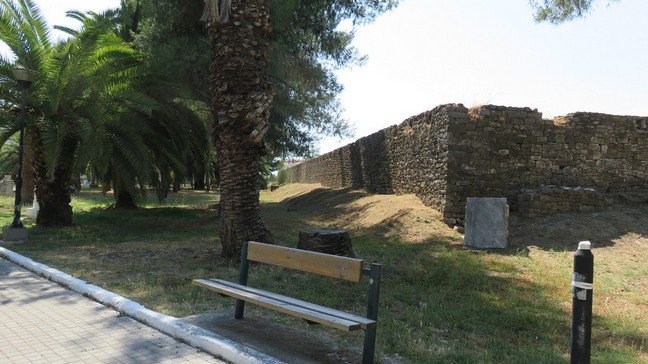 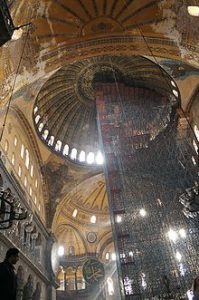