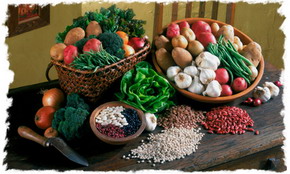 Deputy Minister of Health, Fotini Skopouli and Tourism Minister Olga Kefaloyianni met to discus ways to push Greek food as a way to attract visitors and showcase one of the country’s greatest products.
They talked about devising a strategy which will contribute to the promotion of Greek foods, their nutritional value, tastes and variety to cash in on its growing popularity around the world as well.
The Ministers emphasized the need for separation of “Greek food” from the “Mediterranean” in order to obtain competitive advantage. Greek nutrition has a multiplier benefit, since among others it is part of the culture of a region and links the local communities with their customs and traditions.
Based on these characteristics, the Greek food can turn into an important “weapon” for the Greek tourism, especially if it associated with local initiatives, such as the initiative taken by the municipality of Thira which had chosen 2013 as the year of gastronomy.