Undocumented Afghan Boy Transported from Greece to Italy in Suitcase 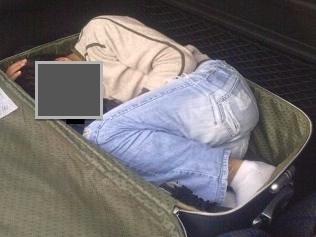 Police in Venice have discovered an undocumented five-year-old Afghan boy hidden in the suitcase of a man getting off a ferry from Greece, an official said Wednesday.

(AFP) – Ali Shaker, 35, of Afghanistan, told police he was a family friend who had been asked by the child’s parents to take the boy to some relatives in Germany.

Antonio De Franchis, the border patrol agent who found the child, Assim, on 4 December, told AFP that Shaker was “incredibly calm” when he was stopped.

“He carefully put the suitcase on the table… looked at the sky and opened the suitcase,” De Franchis said.

“The boy obviously seemed scared and exhausted. We don’t know how many hours he spent inside the suitcase,” he said.

De Franchis said Assim’s journey might have lasted three months. Following medical checks, the boy is being looked after by a non-governmental association in Venice.

The boy is believed to be from the Hazara ethnic group from central Afghanistan.

Italian judges are trying to contact his parents to confirm what Shaker told the police is true.

Speaking through an interpreter, the police said Assim had told them: “I want my father” and “Germany”.