TechNews
GreekReporter.com Hollywood Marina and the Diamonds Gears Up for US Tour

Marina and the Diamonds Gears Up for US Tour 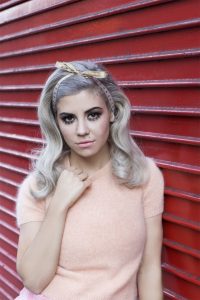 Marina and the Diamonds, aka Marina Diamandis, is hitting cities across the United States for a tour to promote her latest album, Electra Heart.

“The Lonely Hearts Club” tour kicks off in Philadelphia Dec. 4 at Union Transfer, and then heads to New York, Boston and other U.S. stops until January, which is when it makes its way to various cities in Europe, including Athens.

The 27 year-old singer has made quite a name for herself in the music industry with her unique sound and look. Electra Heart is the follow-up to her first album released in 2010, The Family Jewels. Her sophomore album debuted at No. 1 in the U.K. and Ireland. The first single released from Electra Heart, “Primadonna,” is Marina and the Diamonds most successful single internationally to date.

For more tour information and to purchase tickets, visit the Marina and the Diamonds website: http://www.marinaandthediamonds.com/live.htm