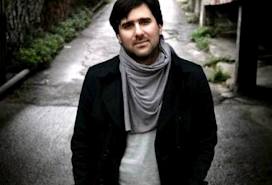 The Greek short film Out of Frame (Titloi Telous in Greek) directed by Yorgos Zois was awarded the European Film Awards 2012- EFA prize at the 69th International Venice Film Festival, and now goes to the 2,700 members of the European Film Academy Short Film 2012, which will be held on Dec. 1 in Malta.

Zois’ film will also be presented at Athens film festivals such as Nyxtes Premieras. Out of Frame is about billboard advertisements that have been banned in Greece, leaving the landscape littered with hundreds of empty frames  without any message. His film shows that is the message and that people are out of frame.