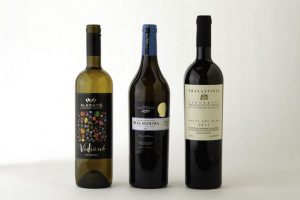 Editor Jon Bonne describes this campaign as “more than welcome” since they have always been something truly exciting. Although the Greek state has never encouraged, at least not so much, exportation of Greek wines, they are still receiving positive comments.

Without any state support, Greek wine-producers had no other choice but to promote their products by themselves. Fortunately, people living abroad like them a lot.

“Greece has an ancient wine culture full of well-suited grapes,” says the San Francisco Chronicle. The report presents many distinguished Greek white wines, including Sigalas’ Assyrtiko of Santorini and comments that if you taste it, “you can almost sense Santorini’s arid nature in the glass.” Other wines of Santorini mentioned to be of magnificent quality are Gaia Estate Thalassitis Assyrtiko and Argyros Estate Assyrtiko.

Last but not least,  many people would be surprised if wines of Crete and the Peloponnese were not on this list. Greek people are well aware of these regions’ wines but even an American reporter and wine-taster has recognized their excellence.