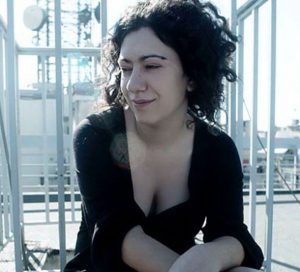 SYRIZA has become Greece’s second largest party and its high rate of votes has changed the political landscape of Greece after 30 years. International media have been reporting about its head, Alexis Tsipras, its members, its potential victory at the June 17th elections, Tsipras’ lackluster skills in speaking English or even his partner-in-life, who has never tied the knot but has still managed to stay loyal to him and mother two of his children.
All these reports may have triggered daughter of eminent Greek director Pantelis Voulgaris, Constantina Voulgaris, to shoot SYRIZA’s course to election but also the reaction of its constituents and their everyday life in the days leading up to the election.
The 33-year-old filmmaker intrigued by the SYRIZA “phenomenon” has prepared a documentary about everything concerning leftish SYRIZA.
In an interview with Protothema she said that she has no political relationship with SYRIZA. “However, during the past few months I have watched hosts of TV shows, journalists and politicians attacking SYRIZA in a completely unacceptable way, in my opinion. I felt the need to film its members’ daily activities at SYRIZA main offices but also their speeches delivered all over Greece to present the climate they work under, and their attitudes, both political and personal.”
“My purpose is to capture the fears, the hope, the goals, the jokes, the nights they stayed awake, the meals they had all together at the canteen,” she continues. Constantina Voulgaris added that she will try to show the public that these politicians walk alone, not with 40 assistants around them, without dark-tinted glasses on their cars, or security guards and expensive clothes.
According to Mrs Voulgaris, this documentary is financed by herself with only the filming equipment belonging to someone else. Her wish is that this documentary be presented at Greek and international cinema festivals.