GRNews
GreekReporter.comGreeceEuropean Suicide Politics: Why So Many Greeks Are Suddenly Taking Their Own...

European Suicide Politics: Why So Many Greeks Are Suddenly Taking Their Own Lives 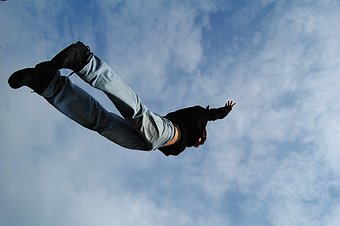 Accusations and counter-accusations of political, social and economic “suicide” are on the daily agenda of the new election campaign in Greece called for June 17. The rhetoric of suicide has been employed  by politicians and by journalists and commentators. Alexis Tsipras, leader of SYRIZA, arguesthat Greece “will not take the road to suicide willingly.” As he has made crystal clear in all his interviews, he considers the EU-IMF Memorandum, which he now intends to renegotiate, to be a direct route “to the hell.”
Suicide is not, of course, restricted to rhetoric. As recent researchinto the public health effects of economic meltdown would lead us to expect, traditionally lowsuicide rates among crisis-hit Greeks have doubled in the face of bankruptcy, unemployment and poverty.
While European leaders and the media typically present the consequences of job and pension loss in Greece in anodyne, depersonalized terms such as unemployment, foreclosure, default, delinquency, bankruptcy, is that the reality behind these terms is pure desperation, depression and suffering.
The human cost of Greece’s current economic and political crisis is catastrophic and reminiscent of the time following World War II. Children are collapsing at school as a result of malnutrition, medicines are in short supply and the suicide rate has tripled.
Suicide is now a daily occurrence in a country previously not known for its violence or depressive behavior. Greek media has reported  daily on the human costs of the ongoing economic catastrophe with numerous reports of people hanging themselves from lampposts, people jumping off balconies, among other public acts of suicide.
Mother and Son Hand in Hand
Struggling with money has proven to be an unbearable burden for a 90-year old Greek mother and her 60-year old son who jumped off a balcony hand in hand. It’s just one of a string of suicides across Greece, caused by financial desperation and the continuing, harsh austerity measures. Neighbors said that both mother and son faced financial problems, since for the last two years, the son was an unemployed musician and lived on OGA pension from his mother which did not exceed 340 Euros. The 60-year-old described the despair of one note on www.stixoi.info.

“For the past 3 to 4 years my mother has suffered from Alzheimer’s and has had schizophrenia attacks. However, the nursing homes do not accept so overburdened patients. The problem is that I hadn’t foreseen the crisis so I don’t have enough cash in my account, although I have real estate assets I sell from time to time, I’m left without cash and we can no longer eat. I borrow money from my credit card with 22% interest even though the banks themselves borrow with 1%. I have other running costs. I can no longer live this drama. There’s no solution. Does anyone have a solution?”

This suicide comes only a day after the suicide of a 60-year-old in Athens who cut his veins sitting at a park bench.
Angry Elections
While it is right that a mother and a son’s decision to jump off the balcony should outrage us, we cannot hide from the fact that Greece, with its corrupted political system, has been committing a slow and painful suicide for some time. Yes, Greeks have every right to be angry. However, there is a difference between feeling this rage and making it a guiding attitude. Blind rage, reacting and kicking out at everything and everyone won’t really  get us anywhere. Targeted anger, the kind that enforces determination to alter things for the better, might bring progress.
If Greeks really believe that removing a handful of politicians from the equation would solve their woes, they will have the chance to do this via the ballot box on June 17. If the value of this most ancient of democracies is to be restored, then voters must exploit the national elections to bring in some kind of rationale into the system. Rather this than nooses and firing squads. Yet, getting rid of a dozen of politicians alone will not change much. We also have to change our mentality from double parking to bribing the hospital doctor to get on top of the surgery list, to bribing for the driving license and bribing the tax officers to avoid paying our taxes. This is the hardest task of all. Yes, Europe’s austerity policy proved to be a suicide policy. Yes, Merkel and Sarkozy’s recipe was simply wrong. But now  it seems like there’s a new day for Europe. Desperation and giving up can’t be the answer. The elections on June 17 is a good start to change our country and ourselves.