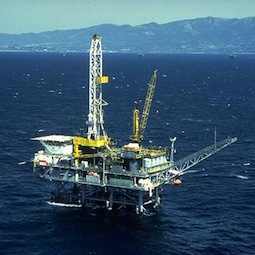 The Cyprus Government has described the drilling for hydrocarbons in the Turkish occupied area of Famagusta “illegal,” noting that this action demonstrates Ankara’s and Turkish Cypriot leadership’s lack of will for a solution to the Cyprus problem.
Government Spokesman Stephanos Stephanou said that “Turkey and the T/C leadership are acting illegally by conducting a drilling in the occupied area of Famagusta. These actions taken by Turkey and T / C leadership such as this drilling demonstrate their lack of will to achieve a solution to the Cyprus problem.”
Stephanou said that the Government is making all the necessary representations for this new illegal action by the occupation regime and Turkey.
Asked why the Greek Cypriot side continues to participate in the bi-communal dialogue for a solution since the Turkish side shows lack of will towards this, Stephanou said that “since the United Nations want and seek, as we do, the solution of the Cyprus problem through bi-communal dialogue, and as long as the conditions exist for the dialogue to be continued, it’s not us who will end the dialogue and any effort to reach a solution.”
He said that the Greek Cypriot side’s continuous initiatives and efforts aim to either achieve a solution to the Cyprus problem based on the relevant UN resolutions, or to expose the other side for lack of will to achieve such a solution.
(source: cna)