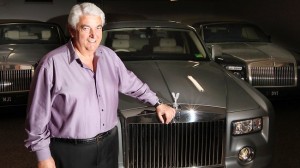 The Australian police and tax office investigators seized assets amounting to $40 million after gathering evidence on the man’s transactions for several months. Now, the 67-year-old businessman faces up to 20-30 years in prison on tax fraud charges.

Luxurious yachts, mansions and a collection of expensive cars are now at the Australian officials’ disposal. Furthermore, the two Australian departments continue investigating his bank accounts and his assets for further evidence concerning the money laundering charges.

Issakidis is the managing director of Queensland-based NeuMedix Health Group, a consortium of 16 investment and technology companies. According to the public lawyers, it will be claimed in the court that the Greek businessman and other associates of his sold over-inflated products and then transferred this income to other offshore companies.

It is estimated that he saved almost $63 million over the past three years due to unpaid taxes. Further allegations show that Issakidis laundered this sum of money via a British account, and maybe a Chinese one as well, and then imported his money back to Australia.

“Taking the profit out of crime is the aim of the criminal assets confiscation task-force, which is targeting organized crime’s deep pockets,” said Australian Federal Police Commissioner Tony Negus to the Herald Sun newspaper.

Australian Minister for Home Affairs and Justice Jason Clare commented that this seizure shows clearly that, “if you follow the money, you can catch criminals.”