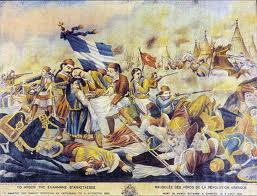 Her immediate priorities include the establishment of rules on the protection of water resources of the state as well as the development of an information system operated by the District to better inform the communities on issues concerning its work and policies.

Regarding a question as to how she plans to promote transparency in the District so that tax payers know how their contributions are being spent and how the selected policies will affect the environment, Mrs. Spyropoulos highlighted among others that “all contracts must follow the required legal procedures, while the meeting agenda on complementary material will be at the public’s disposal before the sessions of the District”.

Mrs. Spyropoulos also added that she will introduce the TV coverage of the meetings of the District, in order for the public to watch their elected Commissioners in action.

Prior to opening her own law office, Mariyana worked as an Assistant Cook County State’s Attorney and then as a Hearing Officer for the State of Illinois.

Before law school, Mariyana lived in London, England where she worked at Nomura Research Institute. Her work focused on privatization efforts in Eastern European countries.