Turkish Director of ‘Ask Your Heart’, Yusuf Kurçenli, Passes Away 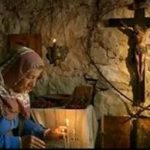 The Turkish director Yusuf Kurçenli died at the age of 65 in Istanbul of Turkey. Kurçenli was born in Çayeli, Rize Province, Turkey. He studied journalism at Istanbul University.

Between 1973 and 1980, he worked as a director and producer at TRT, Turkish public television. His debut film was Ve Recep Ve Zehra Ve Ayşe in 1983. He followed that with many long features including the celebrated 1994 film Çözülmeler that won many awards at film festivals. He also directed Baba Evi and Kurşun Kalem. His last film was Yüreğine Sor. He was diagnosed with cancer the same year and died after ailing from the disease for one-and-a-half years.

‘Ask Your Heart’, a love story of a Muslim woman and hidden Christian man, was a film directed by Yusuf Kurçenli that was warmly applauded by the Turkish audience.

The movie was presented for the first time in Greece on the 15th of December, 2011 during an event titled ‘Hidden Christians and Human Rights’, organized by the New Circle of Constantinopolitans and the Pan-Hellenic Association of Pontian Educators. The chairmen of both unions, Nikos Uzunoglu and Antonis Pavlidis, expressed sympathy for the family and acknowledged their loss and humanity’s loss of this eminent director.