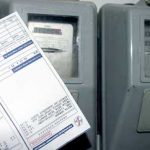 ATHENS – After growing outrage at a so-called “emergency” property tax that was put into electric bills under the threat of having power turned off, wages garnished or properties seized for non-payment, the Finance Ministry has decided to curtail cutting off service to those who can’t pay until a new method is set up to determine how to collect the money without depriving customers of electricity.
The Ministry is reportedly preparing a circular “the most comprehensive and citizen-friendly solutions that will also serve fiscal targets,” as it put it, trying to find a way to get the money and stem public anger at a tax imposed by Finance Minister Evangelos Venizelos, an assessment dubbed a “haratsi,” after the taxes instilled during the Ottoman Occupation.
The circular is being prepared after reports emerged late that the ministry is planning to increase the grace period given to homeowners to pay the property tax to 80 days from the date the bill was issued, or double the current 40 days, the newspaper Kathimerini said. The Public Power Corporation will not cut the electricity to supply to anyone who can prove that they are unable to pay the new property tax, sources at the ministry said, adding that there would be no disconnections until the circular has been distributed which determines who is exempt from the new levy.
Venizelos earlier had backtracked and said an appeals process would be set up to exempt the poor and others who couldn’t afford to pay as many people were receiving bills they said were wildly overinflated and amounted in some cases to 20 times their electric bill and had to be paid in two installments.
The change of heart came a day after 15 people, including the head of the PPC workers’ union GENOP, Nikos Fotopoulos, were arrested and charged with blocking access to one of PPC’s buildings to disrupt efforts to collect the tax. European Energy Commissioner Guenther Oettinger also was quoted as saying that the practice of PPC cutting the electricity supply to homeowners who fail to pay the emergency tax is a violation of European directives, but Finance Ministry sources insisted they were only following EU law and trying to comply with pressure from the Troika of the European Union-International Monetary Fund-European Central Bank which is loaning Greece $152 billion and preparing  second bailout of $175 billion to keep the country from going bankrupt.
In return for the money, the Troika is requiring big pay cuts, tax hikes, slashed pensions and scores of thousands of layoffs and that Greece step up action against tax evaders and privatize state properties and entities to raise money. That has led Venizelos to impose wave after wave of tax hikes as well as deep cuts in pay.
Meanwhile, PPC reported a bigger-than-expected third-quarter loss, hurt by rising bad debt provisions due to the country’s deep recession and growing fears of a further backlash against the state-owned firm. PPC posted a loss of $50.3 million, compared to a profit of $228.1 million a year earlier. The loss was more than double the average analyst forecast of $19.7 million and the company’s first quarterly loss since the fourth quarter of 2009. Sales declined 5.9 percent to $5.56 billion, also below estimates, as businesses, the company’s most lucrative clients, continued to curb electricity use or turned to cheaper rivals to save money in the recession.
Revenues from electricity sales are expected to shrink 6 percent for the full year, while overall sales are expected to drop by about 5 percent, the company said. The state-controlled company hiked provisions against bad debts by customers to about $55 million in the quarter, almost as much as in the entire first half of the year.
Before the government changed its policy, PPC feared that customers might refuse to pay their bills after the government decided to collect property tax in the electricity bills as the company would have to face a decision to turn off the power to potentially hundreds of thousands of people. Workers have also threatened to unleash a wave of strikes if the government insists on privatizing parts of the company as part of the country’s EU/IMF bailout plan.
(Sources: Kathimerini, Reuters)