China Investments in Greece May Increase 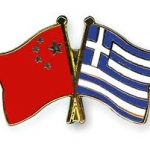 “The opportunity is much bigger in a country with financial problems than in a country without,” Aristomenis M. Syngros, executive chairman of Invest in Greece, said today in an interview in Beijing. “You can see it in China 15 years ago.”

Greece’s economy may shrink for a fifth year in 2012, according to the nation’s draft budget that forecasts gross domestic product falling by 2.5 percent next year after declining 5.5 percent in 2011. The rate of unemployment in the nation rose to a record 16.3 percent in the second quarter after the government’s imposed austerity measures to secure aid for repaying debt.

China is one of Greece’s biggest “allies,” Syngros said. “We have seen growing interest from Chinese investors,” he said. Chinese investments have gone to Greek industries including renewable energy, tourism, transportation and logistics, and food and beverages, Syngros said.