Greece's Interim Leader? …. To Be Continued 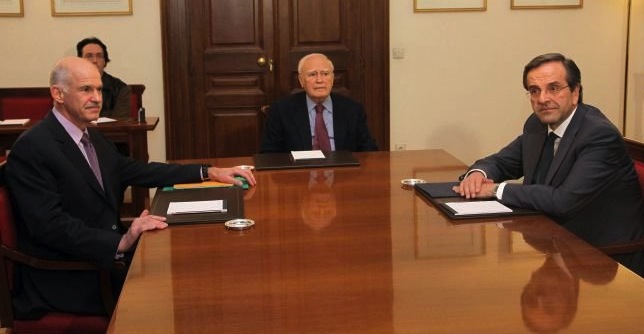 ATHENS – After three days of political feuding that angered Greeks worried whether it would jeopardize international rescue loans, a new coalition government was said to have been formed with Parliament Speaker Filippos Petsalnikos, a political unknown outside Greece, reportedly named the caretaker Prime Minister to deal with the problem of securing continuing aid and insuring the release of a delayed $11 billion installment, without which Greece will not have enough money to pay its workers and pensioners. Petsalnikos is a German-educated lawyer and said to be a long-time ally of former Prime Minister George Papandreou, who handed in his resignation on Nov. 9 and whose PASOK Socialist party still rules the country and Parliament. The choice led some Greek media to report that Petsalnikos was a “straw man” for Papandreou who would carry forth the same policies that led to dissolution of the government.