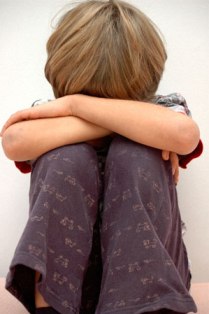 “Our pupils faint due to starvation. We see our pupils coming to school with holes in their shoes. They don’t even have money to buy food from the school canteen”.
Reading this statement a couple of years ago, you would surely thought that is coming from a Teachers’ Union of a third world country, in fact the statement bears a lot of similarities with a statement issued from the Progressive Teachers’ Union of Zimbabwe  a couple of years ago. But no. This is a statement issued by the Teacher’s Union of an EU member country: Greece.
Behind bankruptcies, foreclosures, evictions, and layoffs, the human cost of the Greek crisis is simply overwhelming. The shocking statement issued today by the Teacher’s association of Ambelokipi and Poiligonon districts  in LIFO magazine describes how Greek primary school pupils are passing out during lessons because of hunger, after going for days without a proper meal.
Teachers describe the situation in downtown Athens state schools as a living nightmare. In the sixth district of Athens pupils faint simply because they are starving!  But the tragic human face of the Greek crisis raises its ugly head in parents’ suicides rates as well.
Ten days ago in a school in Kipseli -a central Athenian district- teachers were shocked to find out that a jobless father of three of their pupils committed suicide. “He just couldn’t cope anymore” sayed one of the teachers to Newsit portal.
In their statement, teachers urge citizens to form commities in order to reinforce the social safety net and protect children since the  Greek state is clearly unable to do so. The First Association of  Primary School Teachers of Ameplokipi and Poligonon plan to protest on the 15th of October at the Panormou Metro Station to raise their voices against the barbaric austerity measures that have brought both parents and pupils to their limits.
Minister of Education Anna Diamantopoulou issued a statement disseminating teachers’ allegations as pure propaganda by the same people who want schools shut and the the state school system degraded. “We haven’t received any reports about Greek pupils fainting out of hunger. This kind of allegations only have one purpose: to destabilise the situation in state schools and it’s sad that these people are actually using pupils in order to communicate their populist propaganda to the Greek media ”.
But numbers don’t lie. And even if there’s a teachers-minister dispute behind this statement, the truth of the matter is that Greeks are killing themselves, in numbers never before seen. According to the Ministry of  Health suicide rates  have jumped 40% when compared to the same periods last year, and suicide help lines are dealing with ten times the number of calls they are used to in the once upon a time careless country.
Instead of dismissing teachers’ plea for help as plain propaganda, maybe it’s time Ms. Diamantopoulou takes a close look at the statistics her fellow Minister Andreas Loverdos has issued and apply policies to ease the pain and protect pupils and their parents from the worst crisis Greece has ever experienced.