One Day Visas Waived for Turks Visiting to Greece 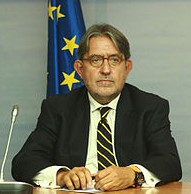 According to Deputy Minister of Foreign Affairs Mr. Dollis, the Greek government has decided to remove one-day visas for Turks visiting Western Thrace, where a large Turkish population lives.
After several requests by deputies in Thrace, the government is expected to prepare the legal basis within the following week. It will enable Turkish citizens to make one-day visits to Western Thrace without any visa requirements. Turkey repealed one-day visas in 1988.
This measure would boost the recession-hit economy of Greece in the same way the removal of visa requirements for Turkish green passport holders did. Since then, the Greek islands have received an increased number of Turkish tourists, which is expected to rise further.
Since July 2010, Turkish former deputies, mayors, senior public employees and their wives are also exempted from any visa requirements.