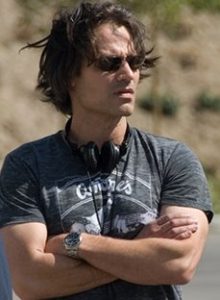 Greek filmmaker, Michael A. Nickles along with Emett/Furla films teamed up with producers, John Bennett and Lawrence Robbins to shoot “Playback,” next month in Grand Rapids, Michigan. Emett/Furla Films have produced films in the past like “Righteous Kill” and “Conan.

“Playback” is a supernatural thriller and the cast will star Johnny Pacar as the lead and Toby Hemingway (“Black Swan”), Brooke Smith (“The Namesake”), Alessandra Torresani (Caprica”), Jonathan Keltz, Ambyr Childers, Daryl Mitchell and Jennifer Missoni. The script is written by Nickles and revolves around high school students exploring the mystery of their town’s infamous past and end up unlocking a monster that preys upon their classmates. Possessing its victims through video playback, the demon closes in on one specific soul, threatening to reveal the town’s deepest, darkest secret.

Learn more about Filmmaker Michael A. Nickles in an exclusive Greek Reporter Interview