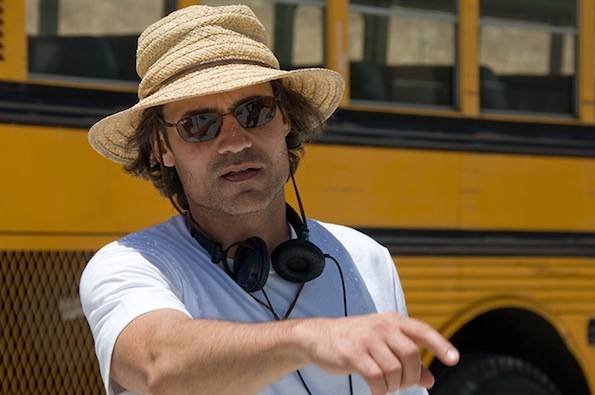 Michael A. Nickles has been in the biz for many years shooting from the bitter cold of New York to the warm Los Angeles sun. He has been both in front and behind the camera. Although he may say that he hates auditioning; the Greek American filmmaker accepts challenges in the film world and has emerged as a new up and coming director of horror films. “Sometimes it is not what you choose, but what films you make that drives how people perceive you. The films I have shot and did well were in the horror genre so people may put me on that list”. No matter what genre he belongs to, Nickles remains a charming and hip Greek director and we are happy we discovered him.

What part of Greece is your family from?
First, before I answer that, let me just say that I’m very happy that you contacted me.  I have always been proud of my Greek heritage, and I’m honored to be included on the Greek Reporter site. The “A” in my name stands for Achilles.

My Grandparents, on my mother’s side of the family, were from Mytilene and outside of Smyrna.  And, my paternal grandparents were from Zoupena and Goritsa, two small villages southeast of Sparta.  Both of my parents were born in America, in New Jersey, and I was born in Syracuse, New York.

How did you decide to make the transition from actor to director?
Actually, I began as a director and then transitioned to acting and later back to directing.  I studied filmmaking at New York University.  That was what I always wanted to study, from a very young age.  My parents are creative people themselves, so they were supportive.  I was very lucky that way.  When I was in film school, students often acted in their classmates’ films.  I enjoyed acting but found it difficult.  I was really self-conscious.  A lot of the directors I admired, and who we were studying in school, had acting backgrounds themselves: Cassavetes, Polanski, Woody Allen, Sydney Pollack, Orsen Welles.  So, I decided to emulate them and began studying acting seriously.  I thought it might help me as a director.  At first, I was at the Lee Strasberg Institute and, later, I studied with the legendary acting teacher Sanford Meisner.  It was really my time with Meisner that mattered the most to me.  He was such a great teacher.  He was really tough but also very insightful.  He helped me develop as an actor, and I was lucky enough to make a living at it for about ten years.  Even while I was acting, though, I knew I’d eventually transition back to filmmaking – it’s just where I feel the most comfortable.

How is your life different as a director rather than actor?
One of the things that used to drive me nuts about being an actor was the feeling that so much of what you get to do is out of your hands.  You have to be cast in something in order to participate.  With writing and directing, you’re the one creating the project.  It’s in your hands.  I like that feeling. 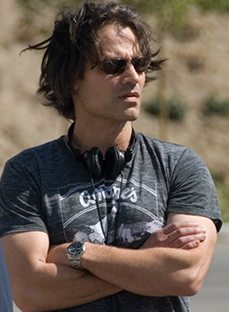 You have had a versatile career: acting, writing, directing. What title do you give yourself?
I call myself a “filmmaker”.

Which director’s style do you admire the most?
I mentioned a few earlier – Cassavetes, Polanski, Woody Allen.  But I’m also inspired by Milos Forman, Scorsese, Sydney Pollack, Bob Fosse, Herzog.

What is one word to best describe your films.
Eclectic.  I’ve written and/or directed a drama, a comedy, a horror, a teenage coming-of-age story, and a dance film.  The dance film, by the way, was about a Greek-American.

Which recent film have you watched and enjoyed the most?
I really liked “(500) Days of Summer”.  I thought the cast was great – in particular, Joseph Gordan Levitt – and that the film was inventive and unpredictable.

What do you look for when casting actors?
When I’m auditioning an actor, part of my brain is always just checking, “Do I believe what they’re saying?”  It’s the Meisner thing.  It’s the ability, whether it’s a natural gift or it comes from training, to seem believable even when you’re lying through your teeth.

What is the best advice you could give actors for winning you over in the audition?
Come prepared.

What did you learn when you were auditioning as an actor and now being on the other side?
I hated auditioning.  I always got so nervous.  My hands would shake, my throat would get dry, I’d forget my lines.  It was terrible.  Eventually, I learned ways to handle my nerves.  But, honestly, I think all actors should find a way to get behind the casting camera, one way or another.  Whether it’s as a “reader” for a casting director or it’s operating the video camera or it’s working as a P.A.  Anything to help you see it from the other side.  Because the first thing you realize is that everyone wants you to do well.  Especially the director.  He or she wants to cast that role so they can check it off their list and move on to the next one.  The second thing you realize is that there are so many factors that go into casting a role that it’s pointless to try and guess “what they want”.  Just give the best audition you can, to the best of your ability, and then leave it behind.  I think having that kind of knowledge can help an actor relax and, therefore, give a better audition.  I wish I had known all that when I started auditioning.

How connected do you feel to your Greek heritage?
I feel very connected.  I don’t think a day goes by when something Greek-related doesn’t enter my day.  Whether it’s my Southern wife insisting that we practice our Greek – we’re taking lessons – or it’s listening to music or eating Greek food or planning for a trip back to Greece.  As I said before, I’m proud of my heritage.

Have you ever tried/ would you want to shoot in Greece?
I have never tried to shoot in Greece, but I would absolutely love to work there!  I’m always looking for projects that would take me to Greece, whether as an actor or a director.

Have you been to Greece? If yes, do you go often?
Yes, I have been to Greece several times.  The first time was with the Ionian Village when I was in high school.  Then, I went back a few times during college and, most recently, my wife and I went to Athens, Crete and Santorini for our honeymoon.  We just bought tickets to go to Rhodes in the fall and are very much looking forward to it.

What are you currently working on? What are your future plans?
I’m currently working on a project called “PLAYBACK”, which I plan to start shooting in August.  It’s something I’ve been hired to write and direct.  In the meantime, I have two films that are scheduled to be released this year, “JUST PECK”, which is a teenage coming-of-age comedy and “XII”, which is a horror film.