GRNews
GreekReporter.comHollywoodZach Galifianakis to Star in New Comedy "Reply All"

Zach Galifianakis to Star in New Comedy “Reply All” 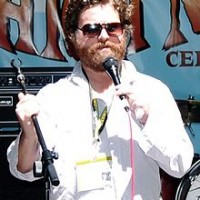 Another comedy has been added to the Greek-American actor’s “to-do” list. The project is titled Reply All.

DreamWorks is behind the whole thing and Galifianakis plans to produce and star as well. Phil Johnston will pen the script, and serve as executive producer.

The story centers on “a guy who hits the ‘reply all’ button to an indiscreet e-mail, and then has to deal with the repercussions.” Take that, You’ve Got Mail!