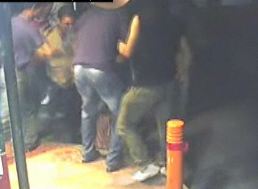 The Greek Gardens Exhibit opened Saturday at the Botanical Conservatory in Fort Wayne.
The summer exhibit of ancient Greek culture and mythology features rocky terrain supporting familiar herbs like rosemary, lavender, and thyme as well as shrubs and trees like figs, oleander, and palms.
“We’ve tried to get a collection of Mediterranean plants which are found in Greece or plants that at least look Mediterranean,” said Andy Force, with the Botanical Conservatory. ”The garden is not a true Greek garden and some of the plants are not Mediterranean, but it gives a Mediterranean look and a Greek look to the garden and that’s what we tried to capture.”
The Conservatory said the Mediterranean landscape is just a backdrop for the story of a people who worked and played, fought and feasted where the sea meets the land.
“A lot of the herbs we use have Mediterranean origins so there’s plants in here that aren’t as colorful as what we normally have, but they’ll stimulate their senses of smell more than normal,” said Force.

Visitors are encouraged to come and find out why the wisdom of this ancient culture has had such a tremendous impact on modern life.
An 8′ tall Trojan horse was built in conjunction with the exhibit where kids could climb a ladder to get inside and exit via a slide. The horse was placed outside with a playground safety surface underneath.
The Botanical Conservatory will also sponsor a special Greek Family Festival in October in association with the exhibit.
The Greek Gardens Exhibit opened Saturday and will runs through November 14th at the Botanical Conservatory at 1100 South Calhoun Street in Fort Wayne.

In cooperation with the Chinese Embassy in Athens, the China Cultural Center in Athens has launched a virtual kung fu and video contest.
Read more
Hollywood