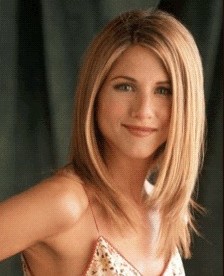 Brad Pitt and Angelina Jolie are said to be drafting their wedding plans, and no one is more shocked of this news than fellow Greek-American Jennifer Aniston, whom Brad left for Angelina.

Jennifer was said to be devastated by the couple’s plans to get married. An insider said, “When Jen was tipped to Brad and Angie’s wedding plans she was in shock. For her it was like getting stabbed in the heart — for a second time.”

In Addition, Brad Pitt thinks Jennifer Aniston is “pathetic” according to a friend of his who talked to Us Weekly magazine. The actor is said to have come to this conclusion after seeing his ex-wife’s recent interview and photo shoot in the March issue of Architectural Digest, Brad’s favourite magazine. “Brad thinks she is pathetic,” the source explained.

Jennifer and Brad wed in 2000 and got divorced in 2005 because Brad and Angelina had an affair which started while filming a movie.