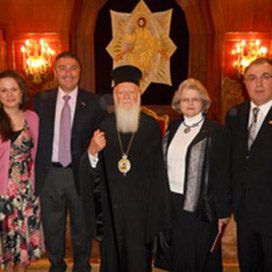 Dozens of Argentine anarchists have attacked Greece’s embassy with sticks, Molotov cocktails and paint bombs to demand the freedom of an imprisoned activist.
Five suspected attackers are under arrest following Tuesday night’s clash. Two security guards are injured.
The anarchists were answering calls on the Internet for demonstrations against Greek embassies worldwide ahead of Wednesday’s appellate court hearing in the case of Yiannis Dimitrakis, an anarchist convicted of participating in a bank robbery in Athens.
The embassy in Buenos Aires had no immediate comment Wednesday.
(source: times record news)

The breathtaking village of Theodoriana, nestled in the Tzoumerka mountain range in Greece, looks like something out of a fairy tale.
Europe