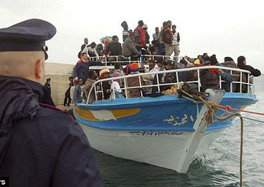 The newly elected Pan-Hellenic Socialist Movement (PASOK) government’s plans to move legislation, that will greatly affect migrants and refugees, have been both welcomed and criticised by rights organisations and activists.
The interior ministry is ready with legislation that will allow migrants to apply for citizenship as long as they have maintained legal status for more than five years.
Other requirements include a clean criminal record, reference letters from Greek citizens and clearance of language, history and politics tests. Second generation migrants and minors who have attended six years of schooling in Greece will be also entitled.

Foreigners arriving in the country after the law is enforced will require seven years of legal residence before applying which, together with consideration procedures, may stretch to a decade. Foreigners acquiring citizenship will also be given the right, for the first time in Greece’s history, to get involved in municipal election.
The ministry’s declaration has outraged extreme right-wing organisations, including the populist parliamentary party, Popular Orthodox Alarm, which has demanded a referendum on what it has described as a mistake that will damage the national character of the electorate. A referendum is not provided for in the Greek constitution for amending legislation on citizenship and political rights.
More than anything the new law is expected to address injustice to second generation migrants living in Greece.
Migrants’ children born or present since very early age in the country have so far faced an unfriendly citizenship law with restricted access. Such children, on reaching 18 years of age, have had to live as foreigners under regulations governing the residence of aliens in the country and without the rights due to ordinary citizens.

The new law is far from perfect. It will only help some of the more than 200,000 second generation migrants estimated to be living in Greece, lawyer Aggeliki Serafim told IPS.

A member of the ‘Group of lawyers for the rights of refugees and migrants,’ she said the main issue is that that the new law ”connects children to the legal status of parents without even including a provision for appreciating the reasons why the parents are considered irregular.”

”On top of that, it is very well known that since 2008 we have been facing a major wave of people who, for various administrative and legal reasons, are pushed into irregular status,” Serafim said. ”Without considering the status and fate of the thousands of irregulars in Greece, this legislation will be a selective law providing for a few while, I am afraid, while excluding many others.”

Concerns have also been raised by the local office of Amnesty International (AI) regarding plans for establishing a new body authorised to research and report on abuses and human rights violations committed by uniformed authorities.
Amnesty repeated its concerns in a public statement last month regarding the ”failure of authorities to guarantee that policemen respect and protect human rights” and cautioned that the mandate of the new office, as currently formulated, will not be adequate for pursuing independent investigations.
Greek police and the coastal guard have been denounced multiple times for their gross record of human rights violations during the last few years during which the European Committee for the Prevention of Torture and European Commission Against Racism and Intolerance have called for the introduction of an investigative body.
The government has also undertaken an initiative to invite civil society actors to a full-scale debate about the reorganisation of the asylum system and the replacement of the notorious ‘’detention” centres with new ”screening” and ”registration” facilities.
Asylum procedures collapsed last year while the previous right-wing New Democracy government pursued a rather xenophobic policy that totally curbed access to asylum, rejecting even people in serious need of international protection.
”As a result we are left with a 90,000-application backlog which needs to be assessed while we move on to the new system. The previous situation has helped people in power to understand the real nature of the issue and accept a more pragmatic approach this time. The new system will facilitate access to asylum to those in real need while reducing its abusive use,” Afroditi Al Saleh, a special advisor to the ministry, told IPS.
”The target is that by next May we will have prepared a totally new structure staffed by specialised civilian personnel with departments dispersed around the country that will undertake asylum interviews and administrative procedures,” Al Saleh said.
The new asylum system will play a central role in boosting border management in the Aegean Sea through which most aliens gained entry into the European Community over the last few years. This is already being pursued with the serious involvement of FRONTEX, the European body created to coordinate operational cooperation at EU borders.
”Support given to Greek authorities focuses on surveillance capacities, identification of migrants who crossed the border in an illegal way and assistance in obtaining travel documents for those persons who are supposed to be repatriated,” said FRONTEX spokesman Michal Parzyszek.
Effectively, the operation is integrating Greek border management into a wider European Border Surveillance System prescribed in the Stockholm Programme, a key text on freedom and security endorsed by the Community at the end of last year, as a mechanism supervised by FRONTEX and enhanced by new surveillance technologies and improved methods of establishing the nationality of third-country nationals and deportation.
Beyond practical proceedings the spirit of Stockholm supports ‘an intelligence gathering and co-coordinative mechanism between member states that ‘’serves a closed borders policy,” says Natassa Straxini, a human rights activist and acknowledged defender of asylum seekers.
”European migration policy in the future will be based on the fact that we accept whoever we cannot expel on a legal basis while nobody else stands a hope of getting in and staying. In the future economic migrants and environmental refugees will find it increasingly difficult to take the trip to the West, no matter the reasons forcing them to do so,” she said.