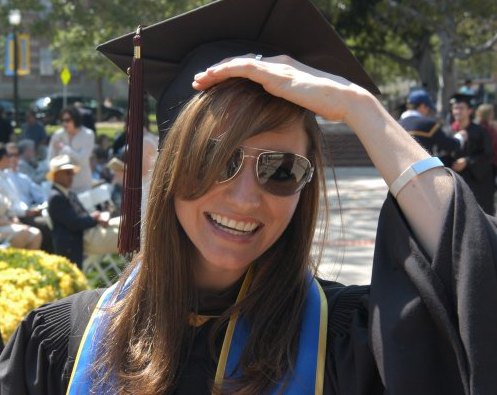 Robyn Yannoukos, winner of a Student Academy Award for her film ‘Alice’s Attic,’ gave us a brief insight into her creative process.

The Student Academy Awards competition is to support and encourage filmmakers with no previous professional experience who are enrolled in degree-granting programs and accredited colleges and universities as full-time students. Actor Gary Oldman, director John Landis and animator Andreas Deja have been tapped as presenters of the award show held Saturday, June 13, 2009, at the Academy’s Samuel Goldwyn Theater. The awards ceremony is the culmination of a week of industry-related activities and social events that the Academy of Motion Picture Arts and Sciences hosts for the twelve students from across the United States and one film student from Sweden who have been selected as winners.
While the U.S. winners know they will each receive an award, their placement – Gold, Silver or Bronze – will not be revealed until the June 13 ceremony. Gold Medal winners receive $5,000 cash grants, Silver Medal winners receive $3,000 and Bronze Medal winners receive $2,000. The Honorary Foreign Film winner receives a $1,000 cash grant.

So Robyn, you graduated from UCLA last year. Tell us about your time there and fill us in on your earlier education.

I began my education at a University in South Africa called the University of the Witwatersrand in Johannesburg. I graduated with my BFA (honours) in fine Arts, majoring in printmaking. Once I had immigrated from South Africa, I went on to study at the University of California, Los Angeles (UCLA), where I graduated with my MFA in Television, Film and Digital Media, majoring in animation. I graduted in 2008. I loved UCLA. It was an experience that I would never replace with any other school. The fact that I got to produce 2 award-winning films from the programme says a lot about its teachers and facilities. Not too many schools offer the opportunity for the student to make 3 independent films.
In amongst my formal studies, I took electives at Santa Monica College, the Academy of Entertainment Technology (I am currently taking a maya class there on the weekends), as well as at the Animation Guild in Burbank. I find it important to keep up with my skills!

And now tell us about ‘Alice’s Attic.’ Everything from start to finish…the concept, writing, the whole creative process.

The film was born out of the need to express personal experiences with fear and being overwhelmed by it. My previous film is a socio-political commentary about the current situation in South Africa, in terms of the effects of Apartheid. They are both symbolic films but I wanted to make ‘Alice’s Attic’ about my personal encounters with these moments in order for the film to appeal both emotionally and mentally to a general audience. I make films that allow the audience to engage with the filmmaker…to allow people to interpret and interact with the symbolism of the film in their own way. So for me, using stop motion animation was a practical decision that allowed me to express my thoughts by using tactile objects that are easily recognizable and associated with fear.
The film began with writing sessions with my producer and co-director, Brian LoSchiavo from UCLA. He was actually the person that got me involved in stop-motion animation and taught me how to make puppets and animate them. We would have long brainstorming discussions about fear and how I felt during times of fear. It was important for me to induce those emotions again because animating is just like acting, method acting if you will, where you have to express yourself through the puppet.
Once we had a story line on paper that I was happy with, I started storyboarding the film out. This is a process in animation where you basically map out the film using quick sketches in order to get the cinematography and continuity of the shots. Once this was ‘locked’, I made an animatic of the storyboards. This process allows the filmmaker to decide on the timing of the film and how long the action should take. It is a guideline for the animator. When this was done I began making the sets and puppets. I had an excellent puppet fabricator whom I work with, Dan Field, who helped me with the puppet and overcoming certain challenges. The puppet is made out of latex foam. It has a wire armature inside the foam that allows for the puppet to move and stay in position when animating. I wanted the puppet, “Alice”, to look vulnerable and in pain. This is why I made her look as if she is missing skin. Her muscles are showing through underneath the porcelain pieces. The porcelain was sculpted out of sculpting putty and then varnished to look cracked. The use of this idea was to show the fragility of Alice.
Once I had the puppet made and painted, I started working on the sets. I did not want to use a complex design…something that looked like a simple dark room. I used images that looked like photographs in order to invoke memory. These images are literally suspended in the set and in time. Once the puppet and sets were made, I began collecting and making the objects of fear. I went around Los Angeles and bought different bric-a-brac objects from thrift stores and flea markets that I felt a connection to. Each object is symbolic to me in one way or another.
Once this was completed, I could start animating. I was lucky enough to be allowed to use the animation studio in Burbank called BixPix Productions. Kelli Bixler is the owner. I have worked with the studio previously. They had a bit of free space for me to use one of their stages, where I could set up my sets and begin the shoot. The shoot itself took about 6 months. All of the pre-production took about 6 months as well. The editing took about 1 month. The shoot was pretty grueling. I would animate for about 12-13 hours a day. I had a lot more footage than what is seen in the film. I did a lot of tests and discarded a lot of the shots until I was happy with the final result.

In amongst the shoot I was hired to do some sand animation for a music video. Luckily it was at the same studio, so I could go back and forth between my shoot and the job! It was pretty exhausting!
Eventually I locked my edit of the shots and it was time to find a sound composer and mixer. I was fortunate enough to come across a composer, Hannis Brown, who did an amazing job of bringing the film to life. We used a combination of foley and sound mixing in order to come up with the very complex sounds that you hear in the film. I think that the sound of the film makes up for 50% of the film itself, so I was extremely happy with Hannis’ work.
That, in itself, is a ‘brief’ discussion of my film!

Wow, that’s quite a process! So you have won an award but you are waiting to find out your placement at the ceremony on June 13th. Does that mean you are doing the whole dress and Fred Leighton jewel thing? Borrowing designer bling?

About the ceremony: yes I have won but am awaiting to hear about the placement of gold/silver/bronze. I am rooting for gold! I think that I have a good chance. But I may just be biased! I am doing the full gown and jewelry. This opportunity doesn’t come around that often! So I may as well soak it up now! I think that I may be wearing Vera Wang! I’m not sure about the jewelry yet! I’ll keep you updated!

Good luck on Saturday! We’ll be waiting to hear the news and will let our readers know your placement. Thanks Robyn and break a leg.