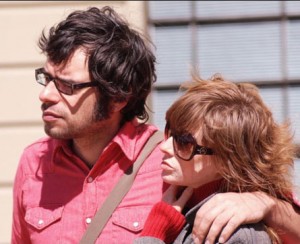 The New Zealander comedian, who last year shared a Grammy Award with his co-star Bret Mckenzie, has a reason to “fly” after becoming a dad for the first time. Clement’s wife of Greek descent, actress and playwright Miranda Manasiadis, gave birth to a boy in New York last month. The couple named their son Sophocles Iraia Manasiadis Clement after one of Manasiadis’s Greek grandfathers. The boy has been described as the young Jemaine, with his father’s lips. Clement now, although in the middle of filming the second season of the hit comedy show, will try to get a break to spend some time with his family.