Emmanuel Macron’s centrist alliance lost its absolute majority in parliament in the legislative election in France this past weekend.

France’s prime minister, Élisabeth Borne, who was appointed only a month ago and is already facing calls for her resignation said the result created an unusual situation that posed “a risk for our country.”

After five years of controlling the Assemblée Nationale, Macron now faces a challenge in delivering key policies, including raising the retirement age, and a shake-up of the country’s benefits and welfare system. His government will need to seek alliances and compromises to push measures through.

Macron’s Ensemble alliance needed 289 seats for a majority in the Assemblée Nationale but won only 245.

The result means that to succeed, the government will be forced to move to the right to make alliances with LR and the center-right Union des Démocrates et Indépendants (UDI). 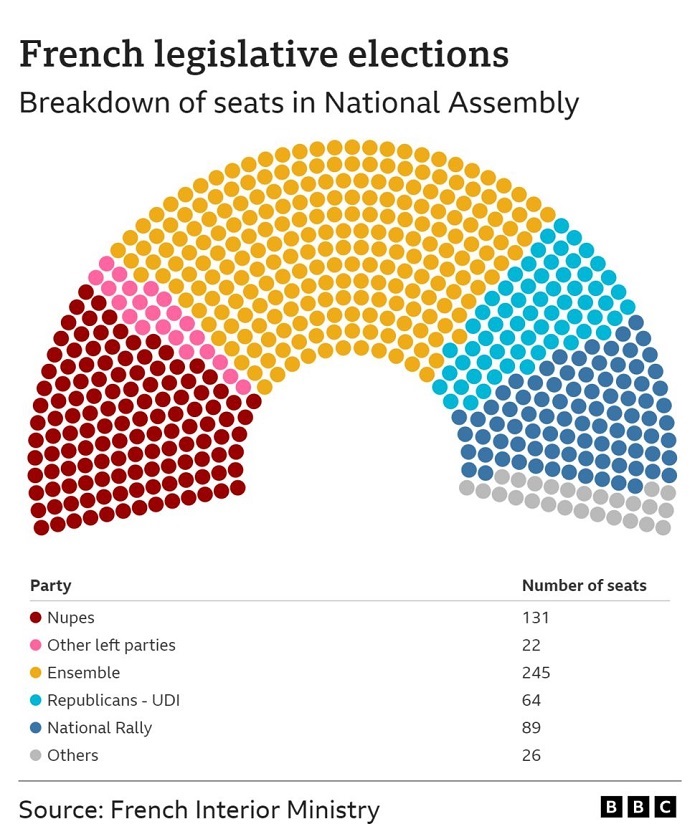 “Crushing defeat” for Macron in France

Macron’s alliance remains the biggest grouping in parliament, but it was subjected to significant losses in what the media called a “crushing defeat” and an “earthquake.” Political analysts deemed the results a “severe failure” for Macron’s alliance.

In April, Macron defeated his far-right opponent, Marine Le Pen, with a greater margin than expected in the presidential elections in France.

Macron, who became the first French leader to win re-election in twenty years, vowed to unite a divided France in a speech after the announcement of the official results.