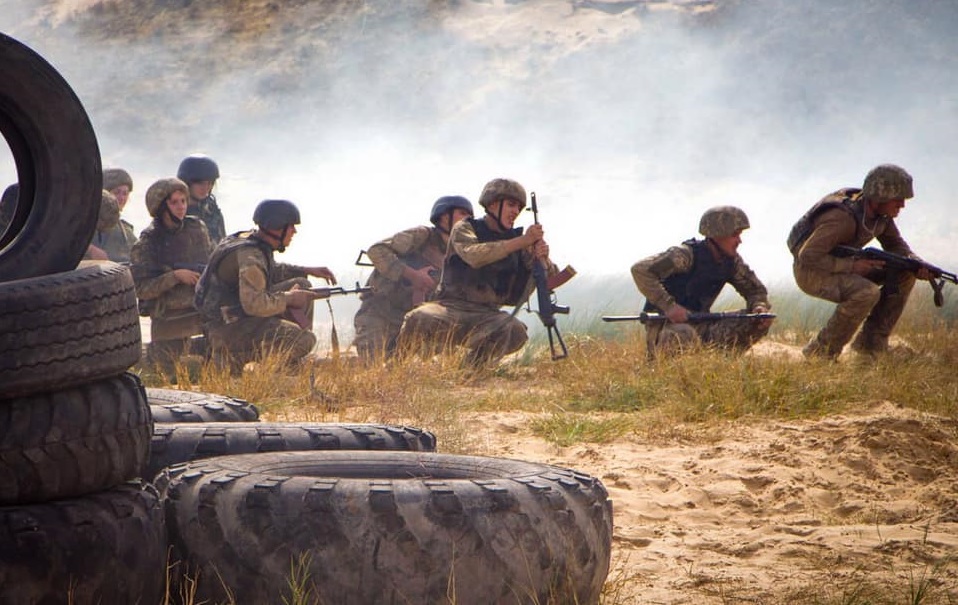 Ukrainians are fighting against the odds, just as the Greeks did in the Second World War, a French historian noted on Saturday.

In a podcast Dr. Gary Girod refers to the bravery of the people in Ukraine and he makes parallels with the Greek Resistance against the invasion of Italy in 1940.

“In 1940 Mussolini ordered the invasion of Greece. The Italians had superior numbers & arms but the soldiers were utterly demotivated as they viewed the Greeks as brothers. They understood the war was just for their leader’s ego. Meanwhile, the Greeks fought like heroes & won,” he says in a series of Tweets.

“In 1941, the Germans entered the war and occupied Greece. The Greeks could not stand up to the combined might of Nazi Germany and Italy. But in the end, Nazi Germany fell and Greece remains,” the French historian adds.

“Today the average Russian soldiers are fighting like they just want to go home. Meanwhile, the President of Ukraine is fighting in the streets. Old women curse out soldiers. Border guards choose to die rather than surrender. The Ukrainians are fighting like Greeks; like heroes.”

“We cannot predict what happens next. Perhaps, like Greece, Ukraine will fall. In the end, Putin may stamp out the fire that is Ukraine. But he will burn his foot while doing so, and that wound will never heal,” Girod notes.

Ukrainians fight just like Greeks did against superior Italy

The Italian offensive against Greece began at 5:30 in the morning of October 28, 1940 in the mountains of the Epirus, Pindos and Kalpaki regions, which form the natural border between Greece and Albania.

The bravery and dedication of the outnumbered Greek Army was such that within three weeks, Greece had pushed back the invading forces, much to the surprise of Mussolini and the Italian generals. Then the Greek Army began a counterattack, driving the Italians deep into Italian-held Albania.

Mussolini was humiliated and enraged. Hitler was also furious at the failure of the Italian troops, blaming Mussolini not only for his incapability to take over Greece, but also for his promise that he would deliver the country to him.