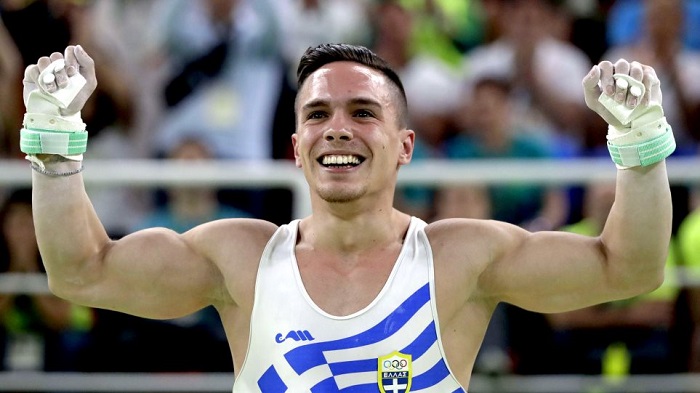 The Lord of the Rings is back!! The 5th European title on rings for Eleftherios Petrounias!!! pic.twitter.com/eQFfNOaFYd

Petrounias won by scoring 15.400 points, followed by Russian Nikita Nagornyy with 15.033 and Italian Salvatore Maresca with 14.900.

Greek PM Kyriakos Mitsotakis took to Twitter to congratulate Petrounias. “It is a momentous achievement for Greek sport from one great athlete and human being. Congratulations Lefteris. You make us all proud!”

Petrounias climb to the top of gymnastics

Petrounias grew up as a hyperactive child, and at the age of five, his mother brought him to the Panionios Gymnastics Club so that he could release his energy.

He later injured his finger and has two screws inserted in it; he also had two hernia surgeries. At the age of 14, he took a three-year break from gymnastics due to physical and emotional fatigue.

Petrounias has a degree in communications and marketing from the Athens University of Economics and Business.

Besides gymnastics, he practices parkour. He takes part in anti-bullying campaigns, as he was bullied himself when he was child due to his small size.

Petrounias’s first major medal came when he competed at the 2011 European Artistic Gymnastics Championships in Berlin, at the age of 20. During the Championships, Petrounias won a Bronze Medal on the rings.

At the Rio Olympics he was the first torch bearer for the Olympic torch relay after the flame was ignited at Olympia on 21 April 2016.

His gold medal was Greece’s first medal in the rings since Dimosthenis Tampakos won gold at the 2004 Summer Olympics in Athens.