GRNews
GreekReporter.comGreek NewsThe Greek Pioneers of the Battle Against the Coronavirus

The Greek Pioneers of the Battle Against the Coronavirus

The names of Dr. Albert Bourla, Dr. George Yancopoulos and Dr. Menelas Pangalos, all pioneers in the desperate campaign against the coronavirus in 2020, will go down in history for their work, carried out in the face of almost unimaginable pressure while the world sustained enormous economic and social damage.

Even by the standards of normal times, these brilliant Greek scientists stood head and shoulders above many, rising to positions of great prominence in some of the largest biomedical and pharmaceutical firms in the entire world.

Heading up firms such as Pfizer and in positions of major scientific prominence at Regeneron and AstraZeneca, these men personify the drive for excellence that was needed for the most desperate battle of our times — and it was provided to them by their Greek education and their Greek culture in the diaspora.

Dr. Bourla, a Thessaloniki native, left Greece at the age of 34 to pursue a career in the pharmaceuticals industry. Born in the northern Greece city on October 21, 1961, he is part of the long history of the Sephardic Jews of Thessaloniki.

The Bourla family arrived in Thessaloniki from Spain about six centuries ago. As jewelers, they created and sold diamonds, jewelry and watches throughout the Balkans, and built two important buildings in the city, one of which is the Moroccan Mansion. Albert Bourla is a descendant of the few survivors of the Jewish community of the city which was almost completely wiped out by the Nazis during World War II.

After graduating from high school Bourla went on to study at the Aristotle University of Thessaloniki. He graduated with a PhD in veterinary medicine and worked as a veterinarian for a time. He joined Pfizer in 1993, first serving as a doctor of veterinary medicine and technical director for the company’s animal health division in Greece.

At the age of 34 he left Thessaloniki with his wife to join Pfizer Europe and work in several positions, coming to live in four different countries. He served as Pfizer’s Animal Health division president for Europe, Africa and Middle East during 2005–2009, followed by the Europe, Africa, and Asia Pacific division during 2009–2010. He also worked as Group President of Pfizer’s Global Vaccines, Oncology and Consumer Healthcare business.

In addition to serving on the boards of Pfizer and the Pfizer Foundation, Bourla has served on the boards of the Biotechnology Innovation Organization, Catalyst, the Partnership for New York City, and the Pharmaceutical Research and Manufacturers of America. He is also a member of The Business Council and the Business Roundtable.

In April of 2019, Bourla was presented with the award for the most “Preeminent Greek Leader” of the global pharmaceutical industry by United States Ambassador to Greece Geoffrey R. Pyatt, at the Prix Galien Greece Awards ceremony. 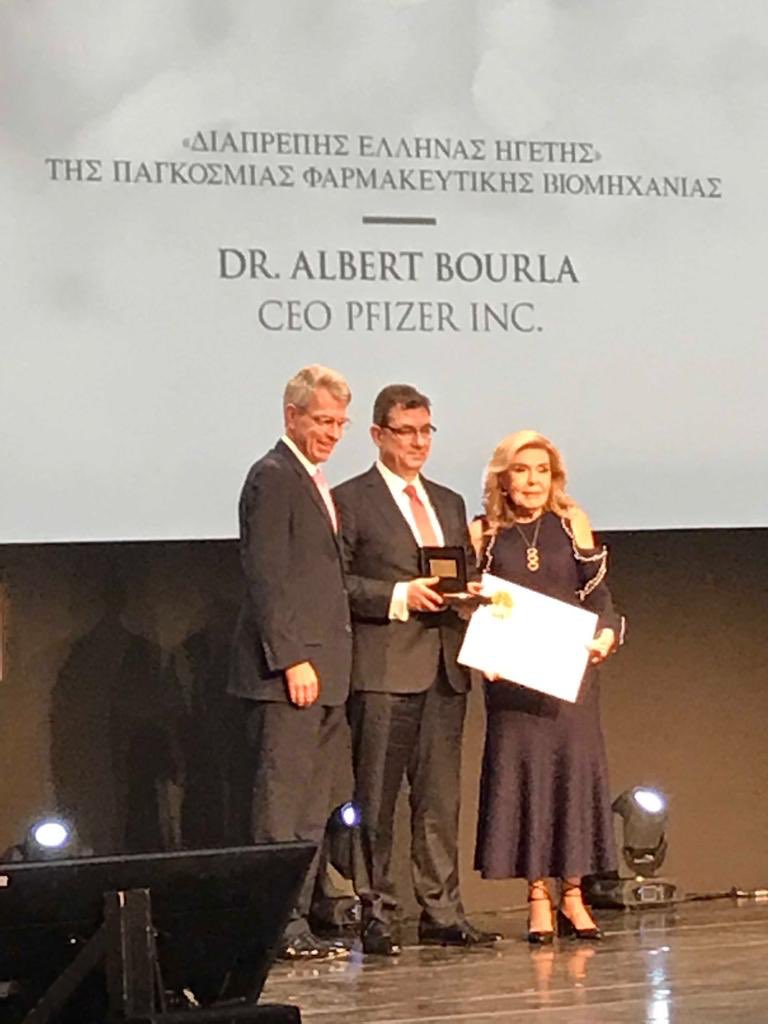 In the Spring of 2020, Bourla began to devote all his efforts to Pfizer’s development of a possible vaccine against Covid-19. By late July of 2020, the company was among top developers of a potential vaccine, in partnership with the German firm BioNTech. In November, the Pfizer vaccine was proven to be 90 percent effective against the coronavirus.

Despite spending most of his time in board meetings and traveling, Bourla has never forgotten his hometown and his summer home in Halkidiki, which he bought in 2009. He also cares a great deal about all the important developments in his native country and he follows Greek news closely.

He says that despite living in New York City, everything about him is still Greek. And he tries to pass that love of country and heritage on to his children, who only know Greece from spending their summer vacations there.

In his native Thessaloniki, which Bourla calls the “epicenter of his life,” he is still known as “Akis” to his family, his many friends, and fellow university professors and alumni. His sister and her children, as well as his in-laws, still live in Thessaloniki and he maintains strong family ties with them.

Every summer Bourla returns to Thessaloniki and he joins his friends in Chalkidiki at every opportunity.

When the Aristotle University of Thessaloniki awarded the great scientist for his contributions to medicine, Professor of Medicine Dimitris Kouvelas said that the award does not go to “Dr. Albert Bourla” but to “Akis”: “I praise our own Akis, our peer, our compatriot, the Salonika dude, the child that used to play like all downtown children at Navarinou Square.”

Bourla has said that he believes that there is great talent in his field in Greece and he has invested his own talents and time into the establishment of a digital hub for Pfizer in Thessaloniki, which will begin operating soon with a staff of approximately 200.

The center will be one of just six such facilities that Pfizer will establish all over the world. 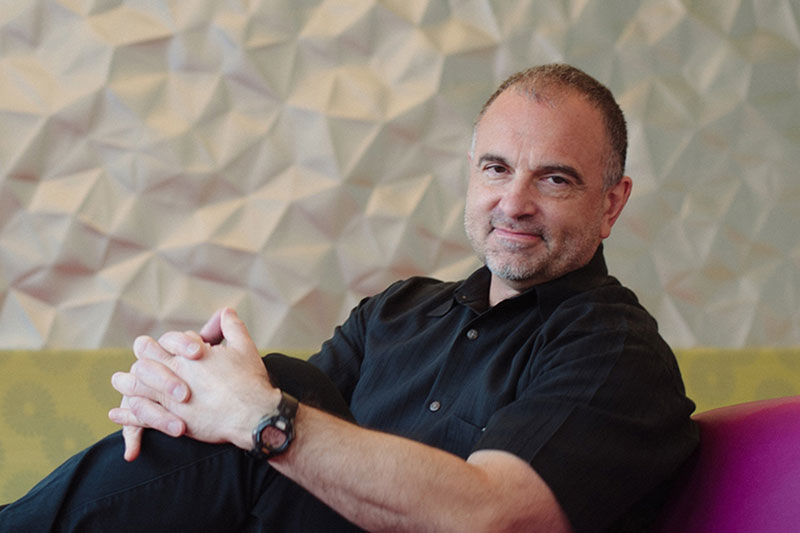 Born in 1959 to Greek immigrants, he grew up in Woodside, New York.

Yancopoulos is the holder of more than one hundred patents and is a principal inventor and developer of Regeneron’s six FDA-approved medicines. Forbes magazine states that Yancopoulos’ financial stake in Regeneron has made him a billionaire. He is the first research and development chief in the pharmaceutical industry to become a billionaire.

In October, President Trump received a cocktail of these treatments during his brief hospitalization for Covid-19.

After graduating as valedictorian of both the Bronx High School of Science and Columbia College, Yancopoulos received his MD and PhD degrees in 1987 from Columbia University’s College of Physicians & Surgeons. He then worked in the field of molecular immunology at Columbia University with Dr. Fred Alt, for which he received the Lucille P. Markey Scholar Award.

Yancopoulos was elected to both the National Academy of Sciences and the American Academy of Arts and Sciences in 2004. According to a study by the Institute for Scientific Information, he was the eleventh most-highly cited scientist in the world during the 1990s, and the only scientist from the biotechnology industry on the list.

Yancopoulos has cloned novel families of growth factors, including ephrins/Ephs and angiopoietins, and elucidated the basis of how many receptors work. His work has included study of how nerves regenerate and how muscles connect to nerves.

Back in 1985, along with his mentor Dr. Fred Alt, he was the first to propose making mouse models with genetically human immune systems (“Human mice”). This groundbreaking research led to Yancopoulos developing “the most valuable mouse ever made,” bred to have immune systems that respond just as a human’s would, so that it can be used for testing how the human body might react to various pharmaceuticals and other substances.

In 2014, he led the launch of the Regeneron Genetics Center, a major initiative in human genetic research that has sequenced exomes from over 1,000,000 people as of February 2020.

Yancopoulos has been awarded Columbia University’s Stevens Triennial Prize for Research and its University Medal of Excellence for Distinguished Achievement.

In 2016, Leonard Schleifer and George Yancopoulos were named the Ernst & Young Entrepreneurs of the Year 2016 National Award Winners in life sciences.

The “George D. Yancopoulos Young Scientist Award” is given at the Westchester Science & Engineering Fair. 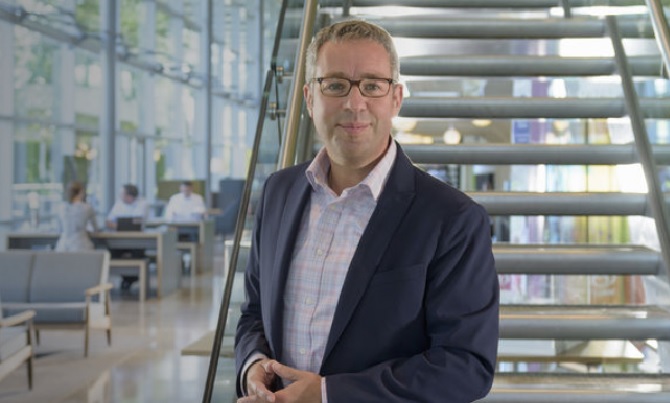 Greek scientist Menelas (Mene) Pangalos is the head of research and development at pharmaceutical company AstraZeneca which, together with Oxford university, developed a vaccine for Covid-19 with efficacy rates of up to 90%.

The coronavirus vaccine has comfortably exceeded regulatory requirements for effectiveness in phase 3 trials, giving another boost to hopes that the pandemic can be defeated.

Pangalos, with roots from the island of Chios, is the Executive Vice-President, BioPharmaceuticals R&D at AstraZeneca.

When he was growing up, his mother dreamed of making him a doctor. Instead, he was enchanted by the world of science, he said in a recent interview with thedoctor.com.

“I have always had a passion for science and one of the things that fascinated me was the way the human brain works,” he explained.

Pangalos stresses the importance of teamwork. “As Steve Jobs said, ‘great things are never done by one person, they are done by groups of people.’ I have been lucky enough to work with some smart people and teams.”

“Being able to help talented scientists realize their aspirations of bringing medicines to the clinic is one of the most satisfying aspects of my career – there is nothing more rewarding than seeing one of your medicines make a difference to patients’ lives. This is what motivates me to keep doing what I do,” the Greek scientist said.

Born in London to Greek parents, Pangalos feels like a citizen of the world, but states that his Greek roots are an important part of his identity. He says that the summers he spent as a child in Chios, the place of origin of both his parents, were an important constant in his life.

“My father was a sailor. My mother was a housewife. There were no scientists in my family. If I followed my family tradition, I would become a ship engineer,” he says.

He claims, in fact, that he was not a very good student, but science was always something that interested him. A good teacher at the school was the one who introduced him to the secrets of biology and although no one in his family had attended university, his parents were very supportive when he decided to continue his studies.

Future of R&D in Greece

He also expressed his optimism about the future in the field of research and clinical research in Greece.

“In the last few years, we have seen some positive changes within the research community in Greece, and I am really heartened by this. More young people are returning to Greece after studying or working abroad,” Pangalos said.

“Greece has shown tenacity and continued to produce excellent people-Greek scientists contribute to the top 1% most cited papers in the world. This is a testament to the talent that the country has, and a sure sign that it needs to be nurtured,” he adds.

After graduating from Imperial College London with a PhD in Neuropharmacology from University College London, he trained at Mount Sinai Medical Center in New York City and worked for the global pharmaceutical industry, including Bristol-Myers Squibb, Janssen Belaxecm, Smith.

From 2003 to 2008 he oversaw the development of 20 experimental drugs at the US-based Wyeth corporation and then spent two years at Pfizer before switching to AstraZeneca.

At AstraZeneca, Pangalos transformed the company’s culture, boosting the productivity of the research and development sector to bring more drugs to market.

How does he explain the great successes of his career? “I was lucky and I took the opportunity when it came to me,” he explained.”I was not afraid to take risks, leave home and go to different countries and explore different opportunities.”

Fisherman on a Mission to Save the Kaiki, Greece’s Iconic Fishing Boat