GRNews
GreekReporter.comGreek NewsAll the Greek American Winners of the 2020 Election

All the Greek American Winners of the 2020 Election

While Joe Biden keeping the lead in the presidential election and America waiting with bated breath the final results of the most crucial election in the postwar years, things have cleared for candidates for Congress.

Greek Americans who ran for seats in Congress and State Assemblies in the Election 2020 were mostly reelected or elected for the first time. Below are the winners.

Titus served in the Nevada Senate and was its minority leader from 1993 to 2009. Before her election to Congress, Titus was a professor of political science at the University of Nevada, Las Vegas (UNLV), where she taught American and Nevada government for 30years.

Pappas previously served on the New Hampshire Executive Council from 2013 to 2019, representing the 4th district. These include the city of Manchester along with two additional towns in Hillsborough.

Pappas was born in Manchester in 1980, the son of Dawn and Arthur Pappas. His paternal great-grandfather emigrated from Greece.

Pappas graduated from Harvard College in 2002. That was the year he was first elected to public office, serving two terms in the New Hampshire House of Representatives, being reelected in 2004.

He has also served as a board member of Southern New Hampshire Services and the Manchester Historic Association.

A Florida naitive raised in Tarpon Springs, Bilirakis is the grandson of Greek immigrants and very popular in his district as he has been elected in the House of Representatives for the 8th consecutive time.

The Greek-American politician was first elected in 2006, literally taking the place of his father, Michael Bilirakis, who retired from the House of Representatives that year after serving for 24 years.

Bilirakis has been a member of Congress, serving on the Energy and Commerce Committee and as Vice-Chairman of the House Committee on Veterans’ Affairs.

Greek American Nicole Malliotakis, who says she is proud of her heritage, won the race for New York’s 11th congressional district, which includes Staten Island and part of South Brooklyn.

The GOP candidate beat her Democrat opponent Max Rose by a comfortable margin. She says she is for the law-abiding New Yorker who works hard and pays his taxes.

She believes the important issues are to rebuild the economy, create jobs for Americans, work for public safety and preserving the American dream.

Malliotakis received a B.A. in communications from Seton Hall University and earned an MBA from Wagner College.

Sarbanes was born in Baltimore, MD in 1962. He is the son of former Maryland senator Paul Sarbanes. After earning his A.B. from Princeton University and his J.D. from Harvard Law School, he worked as an attorney, until 2007.

He also served for seven years with the Maryland State Department of Education, working on Maryland’s public school system.

Upon his election, Sarbanes pledged to work for justice, equality and opportunity for every community in Maryland and across the country.

Democrat Charlie Crist, who is of Greek Cypriot descent, was raised in Florida, and won  the race at Florida’s 13th district, covering Pinellas County from Clearwater down through St. Pete.

Crist is reelected for the third time and he is one of the most recognizable political figures  in Florida. In Congress, he is an advocate for civil issues and veterans.

The Greek American politician entered the Florida State Senate in 1992 working on laws to protect the environment. After two terms, he served as Florida’s Education Commissioner in 2000 and in 2002 he was elected Florida Attorney General.

Crist stated that in the next Congress will be advocating for veterans, protecting Social Security and Medicare, voting rights, environmental protection and climate change. He said he will introduce a bill to make Election Day a national holiday and hopes he can achieve it.

State Sen. Michael Gianaris has officially returned to his seat in Albany for another term representing Western Queens. The Greek American politician ran unopposed in the general election, getting an automatic win on Tuesday in New York City.

A son of immigrant parents, Nicholas and Magdalena, Senator Gianaris was born and raised in Astoria, Queens, where he continues to reside. He graduated from Fordham University and Harvard Law School. As a first-generation American, Senator Gianaris works with community groups to reunite families separated at the border and he wrote legislation barring discrimination based on immigration status.

Jame Skoufis, who has been a member of the New York State Senate representing the 39th district as a Democrat since 2019, was reelected

“The forthcoming term will be challenging. Over the next two years, I’m going to be laser-focused on protecting our public health, rebuilding the economy and continuing to always put the Hudson Valley first – every time, all the time,” he wrote on Facebook after his reelection.

Born in 1987 in Flushing, Queens. He graduated from George Washington University and Columbia University. He began his political career on the Woodbury town board in Orange County. In 2012 he was elected to the New York State Assembly, becoming its youngest member at 25. He was re-elected in 2014 and 2016.

Republican candidate Michael Tannousis was victorious over Democratic candidate Brandon Patterson with over 60 percent of the vote in the race for the Staten Island East Shore Assembly seat.

The seat belonged to Nicole Malliotakis, who decided to run for the borough’s congressional seat and was successful. She was victorious over incumbent Rep Max Rose.

Republican Steven Xiarhos edged Democrat James Dever by 1,167 votes in the run for the 5th Barnstable District of the Massachusetts State Legislature.

A grandson of Greek immigrants, Xiarhos spent 40 years as a Yarmouth police officer, including time as the police chief.

During those four decades of service, Steve was promoted to the ranks of Detective, Patrol Force Commander, Detective Division Commander, and eventually Deputy Chief of Police. He retired from the police department on December 8, 2019. 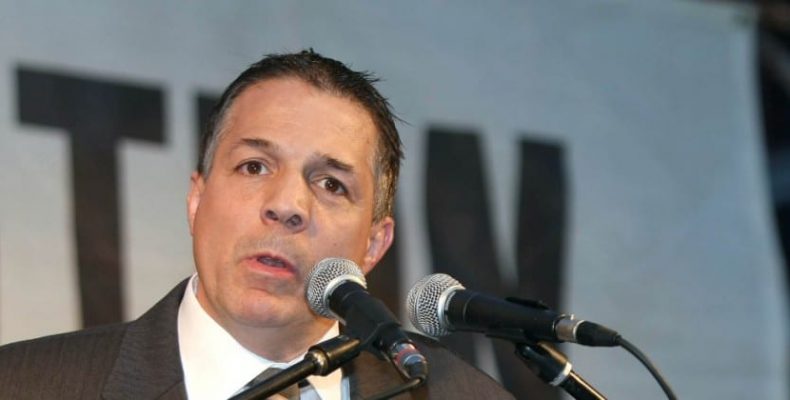 He has been representing the District since 2013.

After previously serving in the state Senate from 1997 to 2011, he served in the Rhode Island House of Representatives from 1992 to 1996.

The Greek-American has served on the Judiciary Committee as well as the committees on Special Legislation and Veterans Affairs in the Rhode Island State Senate.