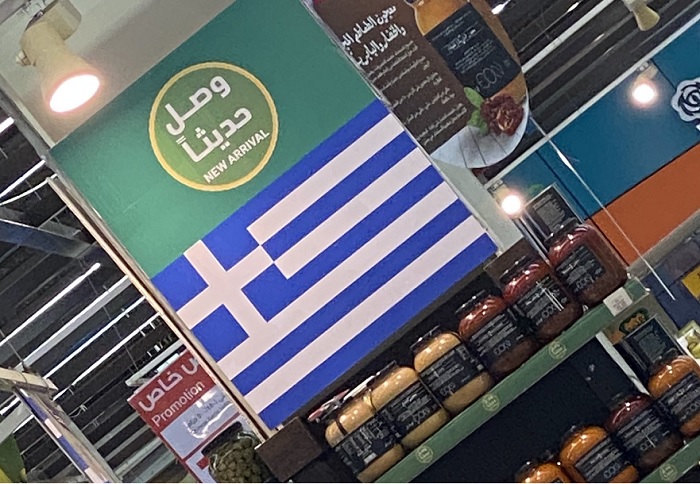 Saudi supermarkets are pulling down Turkish products and replacing them with products from Greece, Egypt and Morocco as the Kingdom’s authorities have called for a sweeping boycott of “everything Turkish.”

Social media users are posting photographs from supermarkets where products from Greece and other countries have taken over the shelves which had until recently been occupied by Turkish products.

In a sign of the ramped-up tensions between the Arab world’s greatest power and Turkey, Saudi Arabia earlier in October called for a sweeping boycott of “everything Turkish” after a statement by Turkish leader Recep Tayyip Erdogan criticized the policies of Gulf countries.

The Turkish President had charged some Gulf nations with pursuing policies that “destabilized” the region.

Here is the Turkish products you need to boycott, it is a national duty for all Arabs and Saudis to send the message all the way to #Turkey #مقاطعه_المنتجات_التركيه #BoycottTurkey pic.twitter.com/KKb3bhIaOP

“The boycott of everything Turkish, whether on the level of import, investment or tourism, is the responsibility of every Saudi — trader and consumer — in response to the continued hostility of the Turkish government against our leadership, our country and our citizens,” stated Saudi Arabia’s Chamber of Commerce president Ajlan Al Ajlan in a Tweet.

In another sign of deteriorating relations with the rest of the Arab and Muslim world, Turkey had also recently decried the momentous decision on the part of the United Arab Emirates and Bahrain to normalize diplomatic relations with Israel.

At that time, the Turkish President had given a stern warning that his country might be severing its own ties with the UAE.

Turkey has itself had normal diplomatic relations with Israel for some time but the ties have become severely strained in recent years, after Erdogan sided with the Palestinians in disputes with the Israeli state.