Greek-American sisters Elizabeth and Kaki Tzagournis spoke with Greek Reporter recently via Zoom about their show, “Dating Greek,” and the new season that has just been released.

The IGTV series, previously titled “Love is Quarantine: Greek Style,” was created by the two siblings in response to the Covid-19 pandemic to help connect Greek-Americans from across the country who are looking to find community, friendship — and, potentially, romance.

“So many young Greeks value going to the conventions and different Greek dancing events around the US. Obviously that isn’t happening this year, so I think it’s been really special for us to be able to help build friendships and a community,” co-host Kaki Tzagournis said when asked how important it is for Greek-Americans to stay connected.

Being the first of its kind in the community, “Dating Greek” takes cues from the 2020 reality show “Love is Blind,” putting a Greek spin on it. Cast members are paired up to go on virtual dates together for a series of nights — all while not being able to see the person on the other end.

While speaking about how the show was created, Kaki elaborates how she and her sister Elizabeth are open to new and unconventional ways of dating. “I actually went on something similar called ‘Love is Quarantine: Nashville,’ and it was a sort of a Nashville version of dating. I had said to Elizabeth that it would be very interesting to do this with Greek people.”

Elizabeth added “And so we thought, ‘Wow, there could be something here.’ When Kaki had said that, it was like, of course the Greek community would love this.”

Season 1 of the show was released back in late April, with the creators of the series not expecting there to be much interest initially – yet “Dating Greek” was met with tremendous public support.

Elizabeth describes that experience to Greek Reporter, saying “People were super receptive to it because I think one of the biggest things was identifying with it and seeing yourself represented on screen, which is so important.

“For Greek people, women or minority groups, seeing yourself represented on-screen, especially when it comes to dating, is important because it’s a moment we all want – we all want love.” 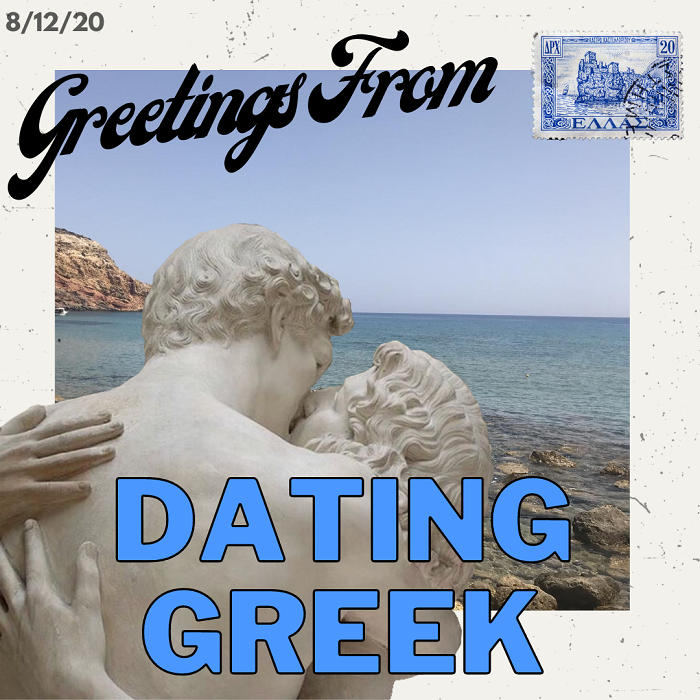 Regarding the first series of dates, Elizabeth also describes that “It was like a train that ran and we were catching up with it. We were preparing as the train was running… it was so much more like we didn’t have a planning period.”

Both sisters knew that there had to be a second season, recounting that so many people had reached out during the first season to say how the show had resonated with them.

Before embarking on the venture, both Elizabeth and Kaki were quite apprehensive, with the latter bringing to attention the amount of editing and care that the season would need.

“Elizabeth has worked in documentary and film, and I’ve always had a passion for editing, but we’ve never done it to this capacity,” Kaki elaborates to Greek Reporter before adding, “learning to do all that and being able to do so with Elizabeth has been so fun.”

Season 2 features a total of 16 cast members, with the first night alone having 64 dates. “At this point it is a ‘passion project,’ but we’re both very interested and open to see where it can go,” Elizabeth explains, hoping that viewers will follow the journey of these Greek-Americans.

When asked how the applicants for the show were chosen, Elizabeth and Kaki explained that they decided to shake things up for the second season. Rather than conducting in-person interviews, candidates were chosen based off video auditions, with submissions coming from all across the country.

The sisters also spoke about the importance of Greeks finding community and how many Greek-Americans are always trying to meet other Greeks. “It’s so important to marry Greek, which we all joke about — but deep down we know it’s true,” Kaki tells Greek Reporter.

Elizabeth also adds that “As many Greeks are in Greece, there are just as many in places like Melbourne, Australia, Canada and all across the US. With both of us having moved to different cities than the city we grew up in, being Nashville and Los Angeles, and having traveled to Greektown, Chicago and Astoria, New York, it just shows you how this culture that we grew up in is the thread that leads through everything.”

Both creators want viewers to take from “Greek Dating” the fact that no matter where you are, you can connect with people if you put yourself out there. “No matter where you’re living, you can have so much more in common with other Greek people you meet rather than the person who lives down the street from you,” Elizabeth says regarding having Greeks connect online.

“Even with the people on the show, we’ve all become friends, so it’s definitely been really cool to have that small community and the extended community of the people watching the show,” Kaki tells Greek Reporter, explaining how both of them would eventually like to expand the show to help further connect Greeks across the country.

Dimitrios Florakis, one of the cast members from the second season of “Dating Greek,” also spoke with Greek Reporter about his experience being on the show, saying “Being on ‘Dating Greek’ was a fun, creative and innovative experience to get to know other Greek-Americans around the country during quarantine. I saw the first show that Elizabeth and Kaki produced and loved the idea.”

Both Tzagournis sisters are excited about the release of Season 2 of “Dating Greek,” with its first episode premiering on Wednesday, August 12 on IGTV.

Those interested in watching the new weekly episodes of season 2 and the previous “Love is Quarantine: Greek Style” series can visit the show’s Instagram, and watch previous episodes on their YouTube page.

Viewers are also encouraged to apply to the show and to also interact and write comments to the creators.

“We’re proud of the product that we’re developing and the show that we’re co-producing together,” Elizabeth told Greek Reporter, with Kaki adding “This season, the group of people coming into it were all chosen, and the enthusiasm is so there, the intention; there is so much to see.”