Athens 2004: The Magical Night Greece Showcased its History and Culture to the World 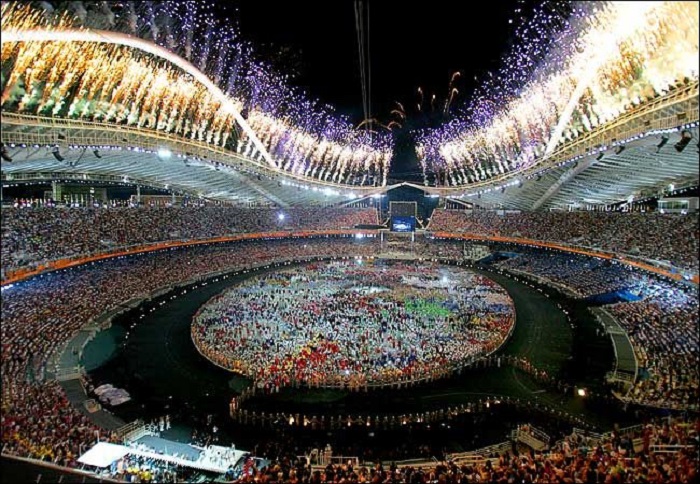 On August 13, 2004 Athens and the whole of Greece showcased its ancient and modern history and culture to the entire world during the spectacular opening ceremony of the Olympic Games.
It was a night that will live forever in the memory of the 72,000 spectators at the Olympic Stadium as well as the hundreds of millions of television viewers around the world.
A night that made Hellenes throughout the world proud of the country’s achievement.
The ceremony was a source of major acclaim amongst members of the international press and featured never-before-seen technologies used in any stadium, including a giant pool with a slip-proof iridescent fiberglass flooring that drained its water in three minutes, beautiful and innovative lighting, and an ingenious staging system utilizing a complex network of automated cables that lifted, maneuvered, and choreographed the floating pieces of sculpture to follow the music and narrative of the opening ceremony.
On that August night, all the many doubters, who had warned that such a small country as Greece could not efficiently host a complicated and demanding modern event, were finally silenced.
Nearly 50 world leaders attended the event, with approximately 15,000 athletes from 202 countries participating in the ceremony as well. It marked the first-ever international broadcast of high-definition television, undertaken by the U.S. broadcaster NBC and the Japanese broadcaster NHK.
Years later, two American experts who worked on the Athens 2004 bid and for the Athens Organizing Committee wrote about the amazing experience they had working for the success of the Games:
“The sight of Greeks coming together and delivering a world-class event was deeply impressive and not to be forgotten or dismissed”, Mark Steitz and David Dreyer, senior principals at TSD Communications, wrote in Greek daily Kathimerini.
“You succeeded because of Greek skill, Greek character and Greek work. And, yes, your ability to do things at the last minute.
“We had heard stories of Greek problems, of past bids for the Games gone awry, of negative national traits. We saw the opposite. We were met with humor, patience and good will. Philoxenia was quite for real,” they added.