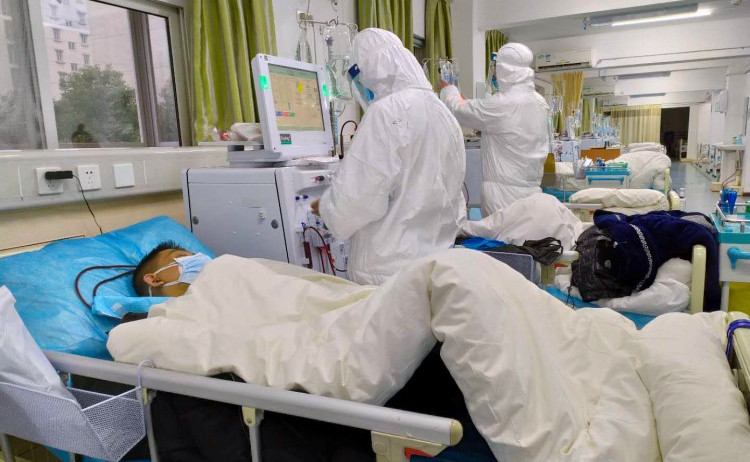 According to a report from the Greek broadcaster SKAI on Wednesday, a total of 35 residents of a nursing home in Asvestochori, outside Greece’s second city of Thessaloniki, have now tested positive for the coronavirus. Three employees of the facility were also found to be positive.
Officials from Greece’s National Organization of Public Health, or EODY, are on the scene. At present they have taken more than 170 samples from the nursing home in an effort to trace the origin of the infections.
The report also said that Dr. Sotiris Tsiodras, the head epidemiologist of the EODY, along with Vassilis Papageorgiou, the country’s Secretary General of Civil Protection, conducted an investigation at the nursing home.
Αt least seven patients of the facility, who have other illnesses, were reportedly transferred to Thessaloniki’s Papanikolau Hospital on Tuesday.
One additional person was hospitalized on Wednesday, according to reports, and one more person has succumbed with the disease today, bringing the total of all those who have died with the disease in Greece to 215.
There are additional reports in Greek media today stating that a 27-year-old surgeon who suffers from Covid-19 is currently being treated in an ICU in a hospital in Larissa.
According to SKAI, the 27-year-old female physician at University Hospital in Larissa was intubated and is being treated in the facility’s Intensive Care Unit. It is also reported that the young surgeon also suffers from an underlying disease.
The young doctor reportedly exhibited symptoms of Covid-19 after returning from a vacation in Halkidiki. She was then placed under quarantine at home. However, according to the same source, her condition worsened, and she was then transported to the University Hospital of Larissa.
Vassilis Kikilias, Greece’s Health Minister, tweeted a stern warning to the public on Wednesday afternoon amidst the growing concern over the steep rise in coronavirus infections in the country.
Its message read: “The danger of #coronavirus is its ease of transmission. This happens even if you are young & think you are invulnerable.
The average age of those who have fallen ill in August has dropped to 36 years …”

Greece’s most preeminent epidemiologist, Dr. Sotiris Tsiodras, rushed to the scene outside Greece’s second largest city to assess the situation there. In explaining how the outbreak occurred, he admitted to reporters late on Wednesday “In this nursing home we have a major epidemic, although they followed the measures and despite the fact that they did not have visitors for days.”
As a result of very rapid and efficient contact tracing, Tsiodras was able to report that “patient zero,” or the one responsible for the spread to others at the facility, has already been discovered.
That individual is an employee of the nursing home who had a close contact with a confirmed case of the coronavirus. That contact, a young person who had attended a concert, was located in Halkidiki, according to Tsiodras.