GRNews
GreekReporter.comBusinessPM Mitsotakis Tells Parliament Greece One of the "Winners" in EU Agreement 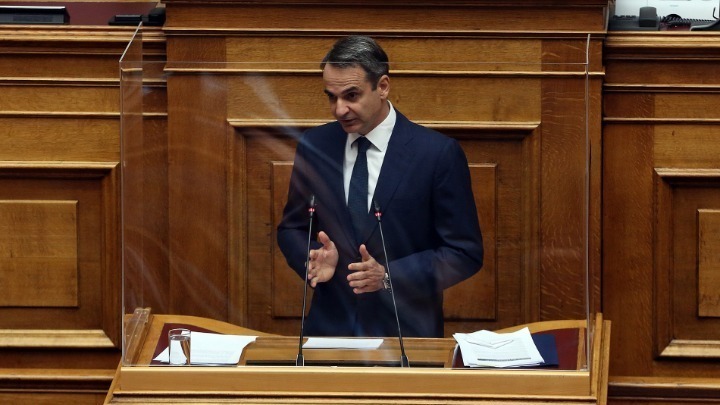 In an address to the Greek Parliament on Tuesday, Prime Minister Mitsotakis praised the deal the country received as part of the gigantic relief package cobbled together by the EU in order to lessen the economic effects of the coronavirus lockdowns.
During his remarks, made during a debate of the Finance Ministry’s new bill, PM Mitsotakis stated “today is my first appearance in Parliament after the historic decision in Brussels to set up the Recovery Fund, Europe’s response to the impact of the coronavirus and its answer to those who rushed to question its power to overcome differences.
“The result of the four-day summit had one winner: a united and solidified Europe.”
The Greek leader went on to assure MPs that “Greece is one of the winners of the agreement. If we add the resources of the multiannual financial framework, (the agreement for Greece) translates into 72 billion euros.”
“Let me remind you that we were one of the first, the leading countries of this effort. I had signed a letter with eight heads of state and government asking Europe to take this bold step,” the Prime Minister reiterated.
Greece reopened its borders to tourists on July 1, but the resumption of the industry has been slow to take hold, with the ban on US travelers still in effect. Many tourism-related businesses are still feeling the economic pinch of the coronavirus bans.
The Prime Minister today recalled the dark days of the Spring, when having any tourist season at all in Europe was seen as problematic.
“Four months ago, this step would have seemed to many like a science fiction scenario. And yet we came to the success of Brussels. And we, in our own way, have added our own little stone to this success.”
“The essence of the Recovery Fund, i.e. the issuance of common debt, was not disputed. The Fund is not just Europe’s response to a virus. It also marks the abolition of a political taboo that was the assistance of European states via capital with mutual guarantees. This is a historic moment for the development and deepening of the EU. These days, other parliaments are discussing this huge step,” Mitsotakis added.
“There is no additional memorandum for the disbursement of these funds, the conditions are the same for the 27 EU members. The challenge is something more than a temporary relief. It is to direct actions with a developmental, multiplicative effect. To transform the next-generation EU into next-generation Hellas,” the Prime Minister stressed.
PM Mitsotakis also praised the reintroduction of the use of facemarks in indoor, enclosed spaces in Greece during his remarks, adding “Your decision to impose the use of a face mask in Parliament is medically correct and symbolically imperative.”
“We are in the process of managing what some call the second wave of pandemic in Europe — it has not appeared here. It is necessary to follow the advice of doctors and wear a mask where it is mandatory. We have the obligation here in Parliament to be the first to set a good example,” he stated.