TechNews
GreekReporter.com Greece Number of Deportations from Greece Up Slightly in First Half of... 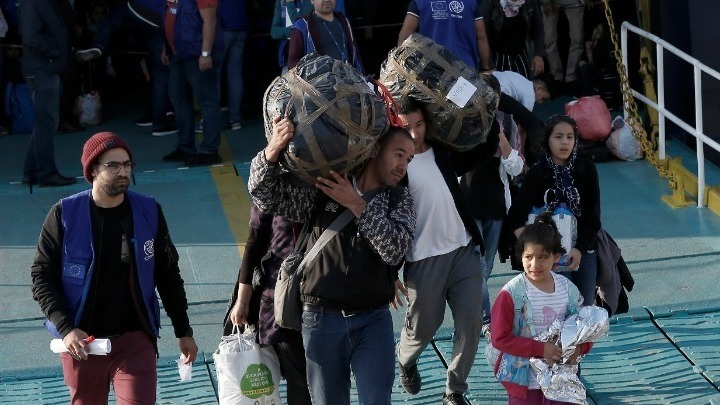 Greece’s Ministry of Migration and Asylum on Wednesday released the January-June 2020 data on voluntary and forced returns of migrants, as well as information regarding the relocations of unaccompanied minors for family reunification and to other EU countries.
The statistics showed a large increase in the number of returns to Turkey.
In the first half of 2020, the total number of people who were returned to their countries of origin or relocated to other EU countries amounted to 3,591. This total corresponds to 36.7 percent of the number of arrivals in the first half of this year.
For the corresponding first half of 2019 the ratio of arrivals to returns was at 35.6 percent. However, the entry-exit restrictions that existed this year due to Covid-19 did not apply last year.
Additionally, from January to June of this year, the number of returns to the nation of Turkey increased by fully 75.95 percent. This means that there were 139 returns this year, up from just 79 made in the same period last year.
More specifically, a total of 1,343 forced deportations of migrants to third countries have taken place so far this year. Twenty-one Turkish nationals were repatriated under the Greek-Turkish Readmission Protocol and the EU-Turkey Readmission Agreement, while 139 migrants were repatriated under the EU-Turkey Joint Statement with the neighboring country.
A total of 420 voluntary departures of migrants to their countries of origin were also recorded from January to June of 2020. In addition, 948 foreign nationals from third countries voluntarily returned  to their countries of origin through the auspices of the International Organization for Migration.
A total of 677 transfers of individuals have taken place under the Dublin Regulation, 68 of which concern the implementation of requests for family reunification of unaccompanied minors. Finally, a total of 73 relocations of unaccompanied minors to other EU member states have already taken place so far this year.